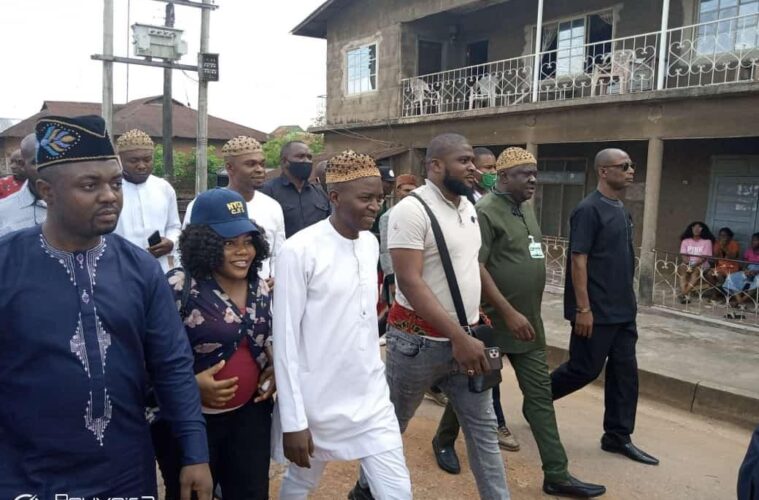 The Special Assistant to Governor Ben Ayade on Security, Yakurr Local Government Area, Mr Cyril James-Omini, in collaboration with the Department of State Service (DSS) and the Police has resolved the lingering chiefaincy tussle in Idomi community between Chief Arikpo Ekubi and His Royal Majesty, Obol Ibor Eteng Iferi, the Obol Lopon.

The event, which was held at the premises of Chief Ebri Okoi, had prominent stakeholders and sons from Idomi community who came out in their numbers to witness the peace meeting.

Prominent among those that attended include Chief Ebri Okoi who served as the Chairman of the peace meeting, Rev. Prof. M Eteng, Prof. Arikpo Okoi, Bassey Ubangha Edet who is the youth leader, Mr John Brown who is the Leader of Idomi community in Abuja among many others.

The DSS officer who attended the meeting, commended Cyril James-Omini for his dogedness in resolving the tussle in the area.

Speaking, Cyril James-Omini said that before now, he had engaged relevant stakeholders in the area with a view to broker peace between the two chiefs in contest.

Intelligence report indicate security threats by youths of the area to frustrate the event but was handled by stakeholders.

He thanked them for their show of love and maturity and for putting the development and growth of Idomi community above personal interest.

He thanked the DSS, Police, the Commissioner for Lands, Prof. John Inyang and the local government Chairman, Hon. Ofem Lebras for a job weldone, thereby applauding their commitment in the peace process.