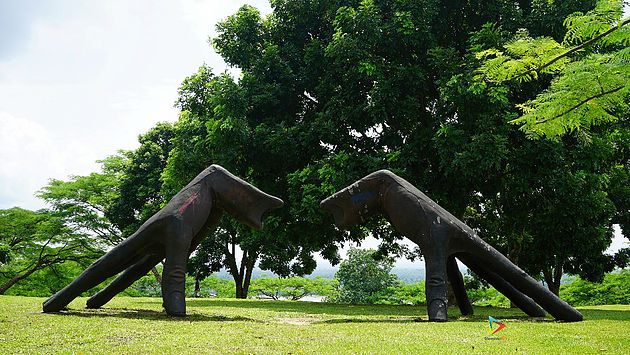 THE CITY OF CALABAR AND HOPE WADDELL TRAINING INSTITUTION

Check out the latest blog post from Diamond TV App #discovernigeria #borderswithin2016 crew on a road trip to Calabar.

You know, because we spent more time in Calabar than any other place, we’ve uncovered more history. The city has a deep appreciation of art, which you find displayed at roundabouts and other parts of the city. We doubt we have touched half of what Calabar has, but what we have uncovered so far are amazing!

One particular place that had lots of interesting info is Hope Waddell Training Institution, opposite the Governor’s office, Calabar. This school was founded by missionaries from the United Presbyterian Church of Scotland in 1895 and is named after the Reverend Hope Masterton Waddell.

This institution has a reputable alumni which has produced the likes of Dr. Nnamdi Azikiwe, Dennis Osadebay, Eni Njoku to say the least.  The school was originally a vocational school in Jamaica, in 1894, which started with 21 students comprising of tailors, carpenters and bricklayers. The establishment of the school in Calabar was a joint collaboration of missionaries which include Mary Slessor, after she ended the killing of twins (a tradition in Cross River State).

Some of the materials used to fabricate the building were shipped from Glasgow to the port beside the school, which formed the first classroom of the institution.

This institution boasts of being the pioneer of two things in Nigeria: – Football in Nigeria & The first printing Press in Nigeria. The first football match in Nigeria was played on the institution’s football field, after one of the founding Reverends introduced the sport. While the first printing press came about when Mr. Hope Waddell and Mr. Samuel Eagerly established the Hope Waddell Press in 1846 for mass reproduction of religious tracts, booklets etc.

Oh, did we also mention we saw one of bunkers believed to be from the Nigerian Civil war?!

It’s amazing how this institution has preserved it’s heritage so dearly, as the buildings are still in proper conditions. The newer buildings were built with modern materials, and are painted, while the initial buildings are as they were from the beginning.