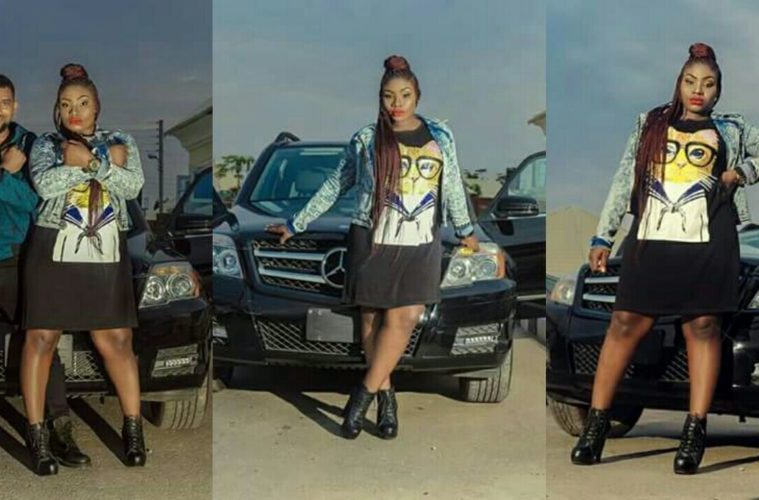 It’s a popularly saying that behind every successful Man, there are two women, oh oh forgive me, there’s A Woman. Not Just A woman, A pillar of Support, A shoulder to lean on, A confidante, A Fan and A wife.

Popular Comedian and Business Man, Aya Kanu Aya popularly known as MC Mbakara is not just a good comedian, but also one who knows how to treat and spoil a Woman.

On a day when it seems like it’s going to pan out like every other Birthday, after the cakes, the drinks, the merriment and all the “jolly jolly” The high flying comedian who will be invading the city of Lagos with his entourage of comedians and musicians on the 5th of May for the maiden Edition of Calabar invasion at the Muson Centre, surprised his beloved wife with a brand new car, fit for a Queen, a GLK 350 4Matic Benz.

The Comedian who speaks regularly about his wife and how much of a support she’s been to him and his career, took time out to praise his wife for giving him two lovely kids and always being there for him throughout his days of little beginnings. He has also been of massive support to her music career which saw her win an award at the Paradise Music Festival and Awards 2016.

Congrats Rajunor Aya on your beautiful Ride, Have fun and Happy Birthday in arrears!!