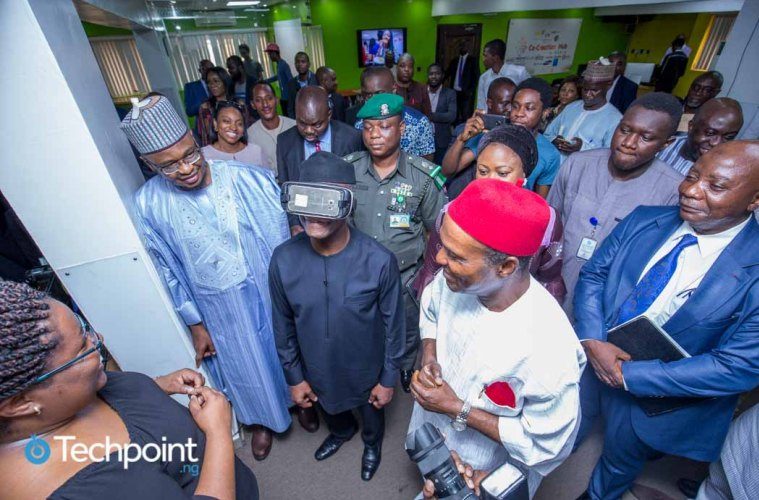 Even though it was unannounced, you’d expect that news of his visit was received with general enthusiasm. After all, he not only remains the number two man in the country but this administration, in which he plays key roles, has professed a commitment to taking youth entrepreneurship and ICT to the next level.

Over the course of his tour, the VP made a stop at the Co-creation Hub (CcHUB) in Yaba, the place touted as the Silicon Valley of Nigeria. CcHUB co-founder, Femi Longe suggested that Tinapa, an 80,000 square-metre area of majestic warehouses and shops built with over $450 million by the Cross River state government in Calabar, be converted to a tech school where people can be trained in various ICT skills. Even though his suggestion was a little ambiguous, he does have a point.

Nigeria has gotten to a point where there is a high demand for its software developers and engineers. At the moment many foreign companies recruit local talent to work with them either directly or remotely.

Outside the realm of ICT, the streets of Nigeria are filled with youth who have little to nothing to engage them productively. Setting up a boarding school of some sort in a place Lagosians (for a change of environment) can relocate to, for say three to six months, where they will learn different tech skills seems like a good proposition for the tech community (not just Lagos) at large.