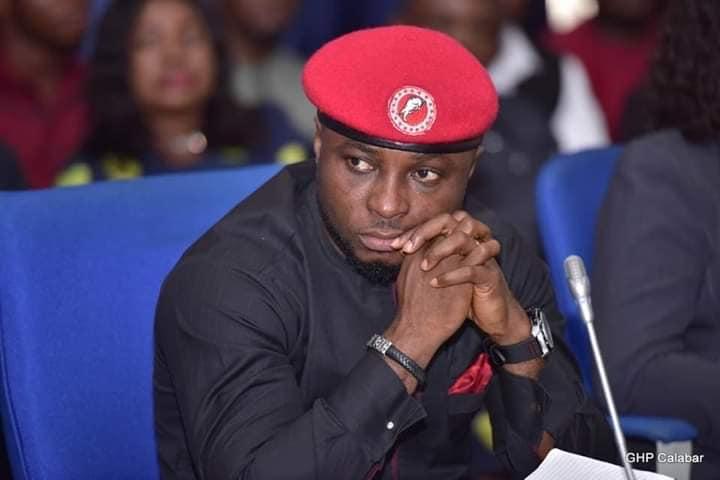 I am not that guy that is easily given to pouring encomiums on people, let alone government officials. But for the first time, I m going openly rain a torrent of encomiums on an appointee of Ayade, and he is Comrade Asu Okang.

But before that, let it be on record that the closest I have ever been to him was when I covered the burial of his Father inlaw, Buturo James Bullem Ekpong, (God rest his soul) who was the Clan Head of Ekumtak Mbube, my own village. He wanted me to do a special report for him, but when I called him, like he said I should do when we got back to Calabar and he didn’t take my calls, I let go.

So why the encomiums on him? It is not because he put up a stellar performance as Youth and Sports Commissioner. He may have done so by the governor’s judgement, that’s why he is back, or has done same as Information Commissioner yet, but because of the COURAGE TO LOOK AT CRBC MANAGEMENT STAFF IN THE FACE AND TELL THEM THE TRUTH. He did not just arrive at that wickedness conclusion erroneously.

A management whose station is off air for an entire week will receive an imprest of N3million naira, and instead of buying even if it is diesel alone, shares that sum among itself and not just stops there, but carries that wickedness one step forward by packaging N250,000 in an envelop, seals same and labeled it with his name. Thank you commissioner for rejecting it. Isn’t that wickedness?

Within the same period, reporters, producers and other local content providers who are predominantly artistes, will approach the acting General Manager for mere transportation to and from assignment venues, but the anthem is usually, NO MONEY. The commission was shocked to know that staff have given the AGM that slogan. You needed to be in the meeting of Monday 20th January to hear how the casual workers were cheering. I was there in the spirit.

People have been blaming Ayade everywhere that he has failed to employ some of the very good artistes in CRBC who have spent more than a decade, but this same management frustrated that effort. The Governor asked for fifteen names of genuine, hardworking artistes to be employed, but the list was hiked to two hundred. Some of the people on the list, do not know the road to CRBC, literally speaking. That was how it was swept under the carpet. Which governor will not shred such?

One of the things that made CRBC stand out back then was her ability to simultaneously broadcast events as they happened via the Outside Broadcast Van. Till date, that Van has remained comatose because of “no money”.

While all the bashing was going on during the Monday meeting, the acting GM tried to surreptitiously get the Commissioner not to “open their nyash” in the open by tapping him on the foot, but the angry commissioner called him to order publicly by ordering him not to stop him from talking😂🤣😅. It was that bad.

Despite the rot and decay in the station, CRBC management staff have instead of seeking ways of bringing the station back to life, been engaged in a battle of succession. Who will succeed Teresa Essien as GM? That’s what they are fighting for right now. Some have been lobbying the Commissioner. Thank you for disqualifying those who have been bothering you with the GM position issue.

In this 21st Century, you walk into a broadcast station and the receptionist is in her 50s, looking like a farmer in my village. Haba! He couldn’t hide his frustration.

Do you know that The Commissioner asked one of the Marketing Staff what she markets and she said “RECHARGE CARDS” 😯😯😯 because that’s what she does in the office.?

Like he said, he will transfer all those redundant staff to other ministries. That will indeed help CRBC. The insults on that station have become too much. Something drastic has to be done, and quickly too. Let people who understand what broadcasting is do the work. The competition is too high out there to play civil service with that sector. CRBC can return to those days of not just running well but generating money for government.

I don’t want to go into some of the things he plans to do. I’m just happy that someone can look them in the face and tell them the truth. It is not always easy to do in government because of patronage. But sadly, failure to so do has been a major clog in the wheel of success in government.

However, posterity will not judge the honorable commissioner well, if he fails to match this energy with visible action. Three years is a very short time. This is my constituency. I was there for 13years. I’m not proud to say this, but the commissioner can make others behind me to be proud of spending even a month there.

The governor too needs to help him. He can do nothing without financial support and the political will.

Some management staff of the Corporation, are already waiting for the Commissioner, who they call THAT SMALL BOY to fail so that they too will laugh and insult him for insulting them. You did not insult anybody.

But if that’s the interpretation, Please insult them more with your achievements. Disappoint them with your performance. Those for you will be more than those against you if you do well. We all love our state and wish it well.