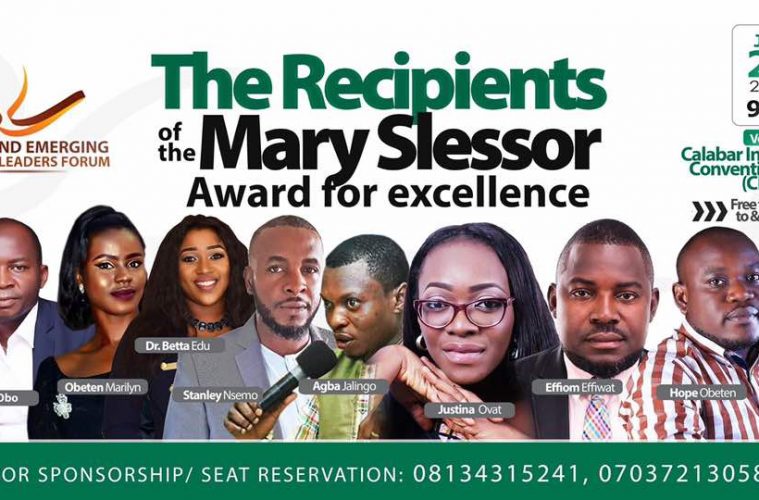 The Director General of the Cross River State Signage And Advertisement Agency; Stanley Nsemo, Publisher/Editor-in-Chief, CrossRiverWatch; Agba Jalingo, and CEO of Calabar Blog; Hope Obeten as well as the D,G of the State Primary Health Care Development Agency; Dr. Betta Edu, G.M Tinapa Lakeside Hotel; Justina Ovat, will on Friday, the 29th of June, 2018 be honored with the Mary Slessor Award for Excellence.

The Award is designed to appreciate young Cross Riverians who are using their skills and abilities for the growth and development of the State and nation.

The Mary Slessor Award For Excellence which is the first of its’ kind was recently integrated into ‘The Cross River State Young And Emerging Political Leaders Forum’ as part of activities for it’s 2018 conference.

Others to be awarded at the event include: Special Adviser to the Governor of Cross River State on Sports; Mr. Effiom Effiwat, Obeten Marylin, and Daniel Obo.

They will all be decorated in a ceremony scheduled for 29th June, at the Calabar International Convention Center (CICC), Summit Hills, Calabar, at 9AM.