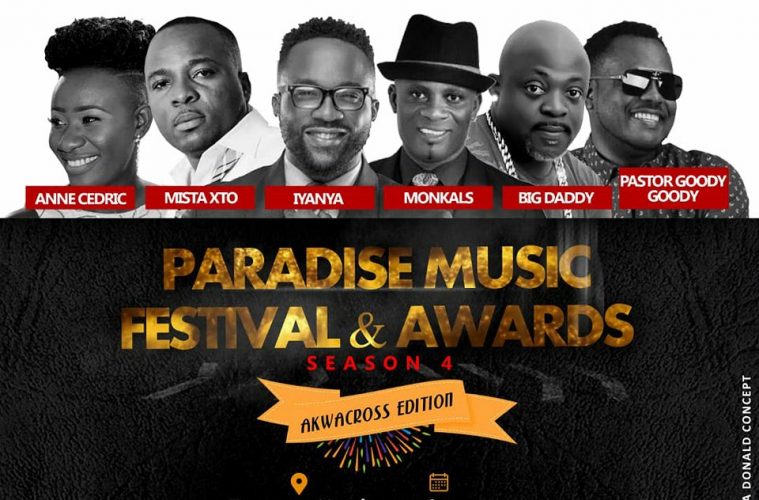 The Government of Cross River State have officially adopted Paradise Music Festival & Awards as part of the event activities during the annual month-long Calabar Festival.

This was confirmed in a statement made by the event progenitor and convener, Effiom Trombone, backed by letters signed and sealed from the State’s Ministry of Culture & Tourism and the Governor’s Office, endorsing the project.

Themed ‘Akwa-Cross Edition’, this year’s edition is a beyond border initiative to use music as an amplifier to broadcast cultural diplomacy, strengthen cordiality, promote unity and re-position the music industry in the two sister states, Akwa Ibom and Cross River state.

The award ceremony, which was initially scheduled for October had to be rescheduled for December 1st to 3rd on adoption by the state government. In separate letters, Nollywood star actor and Commissioner for Culture & Tourism in the state, Eric Anderson and the Special Adviser, Governor’s Office, Kenneth Aklah both commended the private sector driven efforts of Effiom Trombone and his South Central Communications team for hosting 3 editions of the annual event, hence the need for the state government to throw their weight behind it and make it one of the events which will not only attract investors and visitors to the state, but also to encourage the redirection of youthful energy positively.

In a chat with Calabar based Effiom Trombone, musician and former Chairman of Performing Musicians Association of Nigeria in the state, he confirmed that all hands are on deck to ensure a hitch free event, he hinted of a special appearance by the entertainment loving Executive Governor of the state, Senator Ben Ayade, who sees the event as a way of empowering talented youths in the state and creating job opportunities in the creative sector.

Son of the soil and music exponent, Iyanya will lead other top acts like Monkals, Mista Xto, Anne Cedric, Big Daddy and Pasto Goody Goody to headline performances at the award ceremony.

The Paradise Music Festival and Awards initiative has evolved over time with the expectations and demands in the creative industry, mostly the music performing artistes, producers and stakeholders. Over the years this has sustained the core essence of the award, which is the creation of an enabling environment for music talent discovery and celebration of musical inventiveness and creative ingenuity.

From the records, the first three (3) editions have successfully recognized merits, honoured over sixty (60) individuals and have successfully engaged other performing artistes under renowned music record labels.