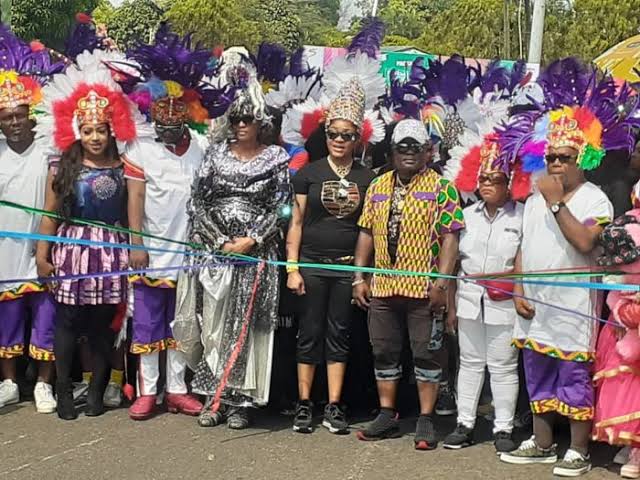 The Calabar Carnival Commission has attributed the delay in the payment of vendors that participated in the 2019 Calabar Carnival seven months after hosting the event on COVID-19 lockdowns.

Some vendors had raised concern over the insensitivity of the Cross River State Government to their plights despite several appeals to Governor Ben Ayade to pay the debt.

According to them, the Commission had forwarded the audited copy of the bills owed to the vendors to the governor since January but unfortunately 7 months after hosting of another carnival the money is yet to be paid.

Also, the travel agent that handled the airfare tickets of diplomats that participated at the carnival, Akor Otobo lamented the delay in payment saying the loan he obtained from a commercial bank to pay for flight tickets has been accruing interest with no assurances on when the money would be paid.

He said the Calabar Carnival Commission pleaded with them on trust to write Turkish, Egypt and Emirates Airlines for the tickets for foreign participants that attended the carnival in December 2019 to the tune of N8.540million.

Akor said, “To avoid punitive measures by the International Air Transport Association they had to borrow money from commercial bank to pay the airlines, and unfortunately with delay in payment the interest is going up and the banks are daily threatening him to pay up or risk collateral damage.”

The Travel agency in an appeal letter to the Governor, the Deputy Governor and the Speaker of the Cross River state house of Assembly had urged the governor to approve the payment of the debt owed to them or else they may be pushed to seek legal action.

Master of ceremony at the event last year, Diana Mary has also appealed to the governor through her social media page to pay her.

She posted on Facebook, “My dearest gov Ayade, I wish we could do breakfast one of these days. I just want to discuss Carnival 2019 payment with you.