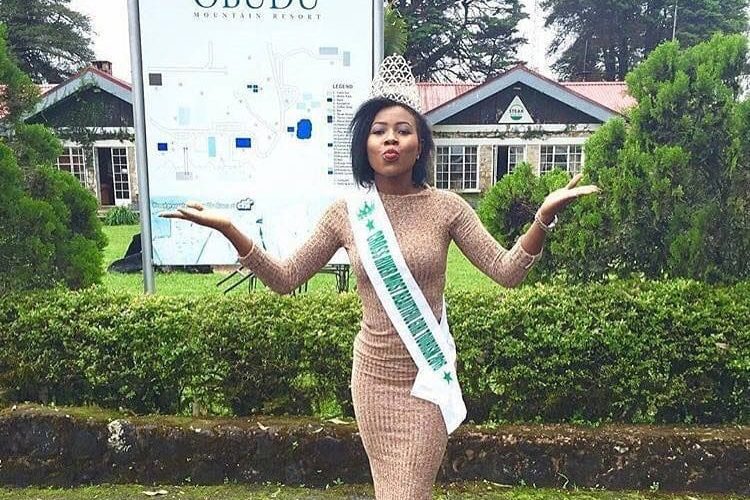 According to a letter made available to Calabar Blog, Christy Annie was suspended by the pageant organisers for her alleged negative behaviour which has brought insult and ridicule to the management of the organization.

The letter also alleged that Christy “have made it a duty to attend functions without due regards to her exalted office”, the office is also in the know of her consistent public appearance which in turn paints the pageant in bad colour.”

The organizers therefore directed her to return the crown and sash to the office of the organizers and desist from parading herself as CROSS RIVER MOST BEAUTIFUL GIRL TOURISM 2016 or risk being charged with impersonation among other crimes.

Furthermore, the suspension letter said that she can defend the allegations by writing to the organizers within seven days of receipt of the letter either by hand, mail or any other social media platform she used in communicating with the organization.