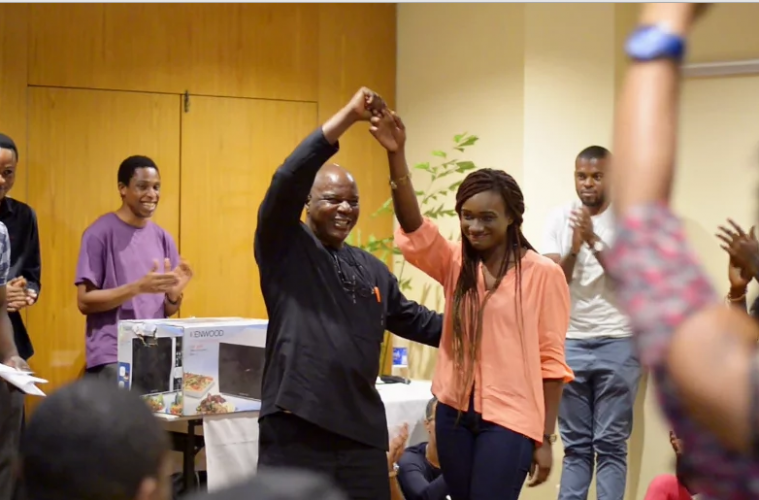 The Abuja Literary society had a Spoken Word Slam on August 5. The event held at the Transcorp Hilton Hotel, Abuja and was a free to public.

There were over 16 competitors which were narrowed down to six finalists then the overall winner was our very own, Cross River born Deborah Braide who was awarded N100,000. She is the first woman to win this year.

The bi-annual spoken word slam provides a chance for rising poets to get recognition and the winner is awarded a staggering N100,000 with the runners-up also getting fair compensation.

The new slam champion, Debbie Braide who was full of excitement, said: “I did not expect it and I feel really happy and excited. I feel very appreciated. I wrote poems about issues I felt strongly about. The winning one, ‘How can you be in this hour?’ was about child marriage. It’s the first poetry event I have done and won.”

Responding to the good news, Debbie’s mum, Barr. Rosemary Ekeng, Secretary/General Manager, Cross River State Investment Promotion, revealed “She’s always been into poetry since she was younger and she writes very well, I have that talented too, she can write world class proposals, she started writing my proposals from when she was 14 years old, the apple doesn’t fall far.”

Also responding, one of the organizers of the ALS Spoken Word Slam, Dike Chukwumerije, noted: “There were very exciting pieces, it was an energetic atmosphere and we had a good crowd who were really involved. I think it’s one of the best ones we’ve had so far. This one was unique because we had more women which is something we look for, more female poets so we have a better representation. It’s takes us a couple of weeks to put together. It’s something what we (ALS) are passionate about because it helps us encourage the Arts and young people so it’s something we hope to keep doing for a long time to come.”

The Abuja Literary Society (ALS) is a group of all things literature lovers in Abuja who meet every Friday of the week for either book club, book reading or an open mic. It’s a warm friendly environment where like-minded literature enthusiasts can come and support one another and new members are always welcome.

Check out scenes from the event below:

An organiser of the Spoken Word Slam and former slam champion, Dike Chukwumerije.

Guests at the event.