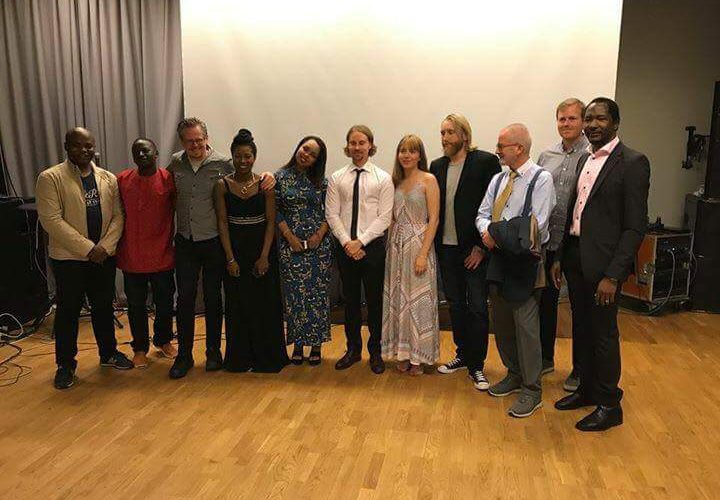 The movie premiered Saturday and was shot on location in Nigeria and Norway.

“We are having a private screening on the 1st of October organised by the Royal Norwegian embassy in Nigeria.

“It will be for a select audience and the diplomatic community. But we are hoping that Nigerians will get to see the film at the end of October if the film gets selected at the Africa International Film Festival,” Regina said.

An elated Regina also said that she was happy the movie premiered with several high profile personalities in attendance.

“First off we are very happy that we had the film screened in Norway, we got a lot of support from Norway.

“The Norwegian embassy on Nigeria have been supporting us and present at the screening was the Ambassador also, the Mayor of the City was there, the Director of the Norwegian Film Institute (was there),” Regina said and hoped she receives even more support in Nigeria.

Furthermore, she added that: “The films will be released in cinemas in 2018 but we are going to tour film festivals first.”

The Lost Café tells the story of a young girl, Ose (played by Tunde Aladese) whose decision to rise above dark family secrets and culture shock to live her dreams abroad, finds the most unusual answers to her troubling questions somewhere in Drammen where she meets the half blind, strange owner of a quaint coffee shop that serves the best coffee in the world.

The film directed by Kenneth Gyang had support from Angenieux in France, Catapult Film in Norway and Project Act Nollywood in Nigeria.

But, Regina is not resting on her oars as she has begun work on another project; “Eldorado Road.”

She said that: “The project we are working on next is called Eldorado Road.

“It is at the financing stage and it is one of the first projects from West Africa ever selected for the European Audiovisual Producers Workshop, a one year program for elite producers in Europe.”