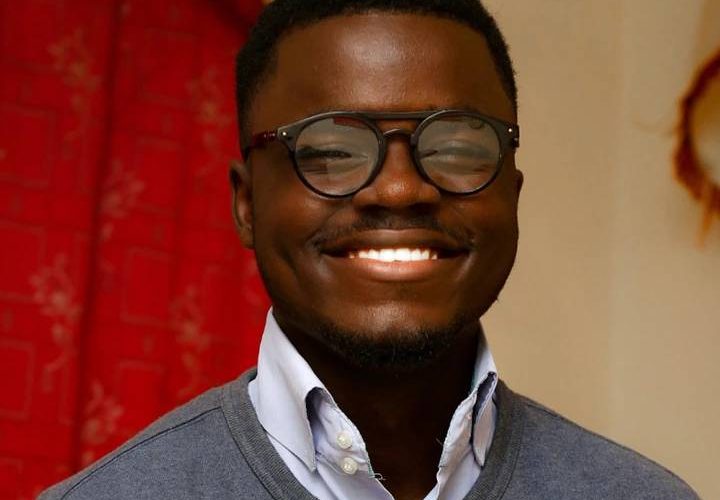 #FromCalabarToTheWorld: Cross River born social entrepreneur, James Okina has been recognised as one of the 60 Global Change Makers of 2018 by the British Council.

The recognition was made after a rigorous selection process from applications from over 100 countries where the most inspiring, impactful, enthusiastic, interesting, determined and innovative young social entrepreneurs, community activists, volunteers and campaigners join a global network in a bid to create synergies, connections and a formidable approach for social change.

The flagship event is the Global Youth Summit where each year, 60 young person’s aged 18-23 are invited to Switzerland for a fully funded week of training, networking, brainstorming and workshops; where experts are brought in at the forefront of “changing the world” to impart key skills such as campaigning, fundraising, project management, leadership, marketing and more.

The magic and effectiveness of the summit however, is not the training sessions, it is the opportunity to meet and learn from the experiences, successes and failures of other young people from around the world, to “inspire and be inspired.”

The Summit is centered around enhancing the capacity of young people to make a difference through developing their skills, helping them to build their international network, exposing them to opportunities and providing grant funding to youth-led community projects.

As an ardent Child rights advocate and Educator, James founded Street Priests Inc. a youth-led non profit organisation with the vision to transform the lives of street children and have their potentials turned into assets for society.

Since Inception Street Priests has reached over 3000 kids through various community programs, taken 300 kids off the streets and facilitated the enrollment of 215 kids back to school. A remarkable endeavor that has been recognized locally and internationally by the BBC, NPR, Stanford Social Innovation Review, Zoomin TV amongst others. James, is an 18 year old Nigerian, who is in his third year at the University of Calabar, Nigeria, where he is currently studying to earn a degree in Business Management.

He has been recognized as “Global Teen Leader” by the We Are Family Foundation, A “Future African Leader Awardee” and a “Young Emerging Leader” by the Leaders Den Network and most recently a “Young Leader to watch” by the Cross River State Government.

He will join a network of over 1000 Changemakers from across the world at the Global Youth Summit holding in Zürich, Switzerland later this year who to date have worked to lead change and have impacted over 4 million people.

Global Changemakers was created in 2007 by the British Council with the aim of empowering youths to catalyse change. It is one of the world’s largest youth empowerment organisations headquartered in Zürich, Switzerland and represented in over 180 countries, from refugee camps in Europe to sprawling cities in Asia, indigenous communities in South America, Islands in the Pacific and beyond. Over the years, it grew into a network of 1000 young people from 180 countries supporting each other and their efforts to make an impact.

Read about the 2018 change makers here: