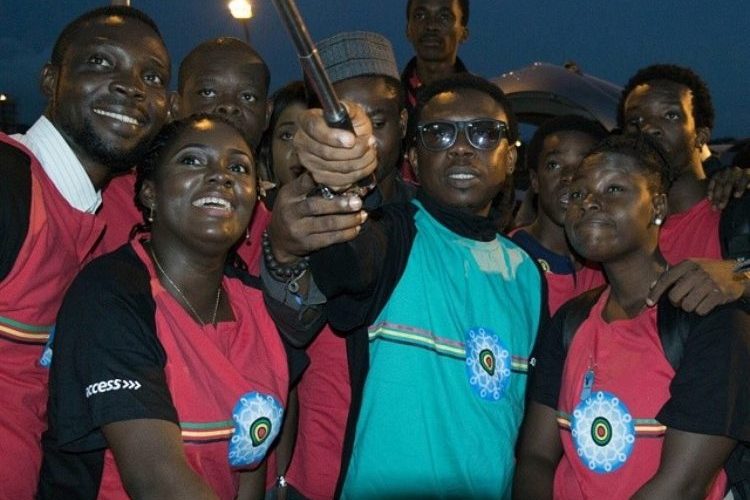 The beneficiaries were selected from the AFRIFF Talent Development Workshops sponsored by Access Bank and Africa Magic at the 2015 edition of the festival which held in Lagos. The initiative provides beginners and intermediate courses for young people in their choice areas of filmmaking. “This Scholarship scheme is a one month intensive hands-on training camp on various aspects of filmmaking with an emphasis on documentary film making.” Said Prof. Paul Nwulu, Ford Foundation’s Program Officer, Advancing Public Service Media (West Africa). “There will be six days each week of intensive classes which will include intensive field work and hands-on training,” he explained. “A trip to Hollywood in Los Angeles will crown this trip with interactions billed to happen with American film makers and a tour of certain film studios slated to take place as well.” Founder/CEO of AFRIFF, Ms Chioma Ude, revealed that the skill acquisition and youth development initiative was conceived using filmmaking as a veritable vehicle to youth empowerment. She noted that this training in the US is in line with the vision of providing growth opportunities for graduates of the festival’s training program.

AFRIFF has since its first edition in 2010, provided free training and talent development opportunities for young people and aspiring filmmakers. They have provided cutting edge education in Sound for Film, Cinematography and Screen Writing for over 500 students, in partnership with Sound & Motion Technical College and City Varsity, Cape Town, South Africa. They have also worked directly with students of the National Film Institute, Jos; PEFTI Film Institute, Lagos; the Creative Arts Department at The University of Port-Harcourt; Department of Media & Theatre Arts at The University of Calabar and The Theatre Arts Department of The University of Uyo.