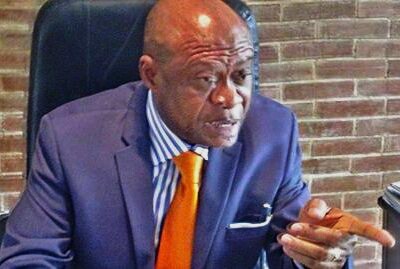 The Cross River State government has expressed its readiness to drag some past leaders of the state who are in possession of unaccounted Stocks or its proceeds to investments and Securities Tribunal (IST) for proper Accountability.

The state Attorney General and Commissioner for Justice, Joe Abang stated this in Calabar during the opening session of a three-day public enlighten workshop for state, federal and appeal court judges, legal practitioners and interested investors in Cross River and Akwa Ibom States.

Abang said the affected past leaders engaged in insider dealings. He said the workshop in has opened the state government’s eyes to make them explain their role in such stocks to the tribunal and the proceeds therefrom.

The Attorney General expressed the government’s commitment to partner with the tribunal in ensuring that its objectives are achieved.

Earlier in his remarks, the Chairman Investments and Securities Tribunal, Isaiah Idoko-Akoh said the essence of the workshop was to rekindle the interest of the public, to invest and enjoy the protections available for Investors in the capital market.

AIT’s Rasheed Olanrewaju reports that the workshop which brought together judges, legal practitioners and capital market Investors was to   bring attention of all the participants to the existence of the specialised jurisdiction of the tribunal to give hope to Investors.