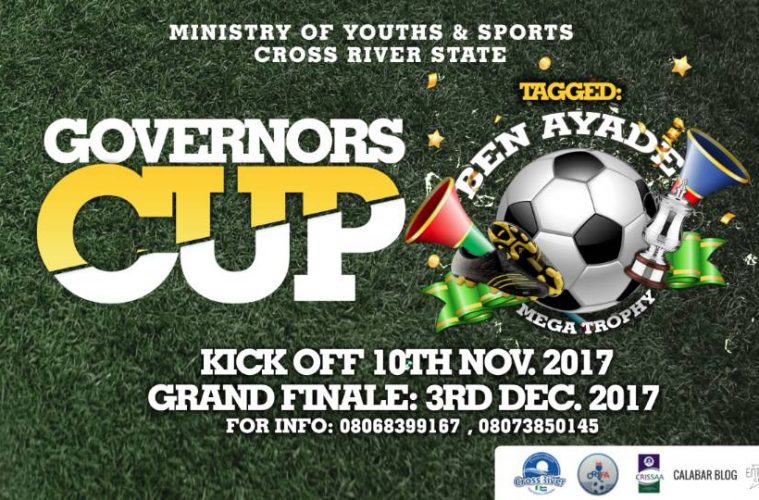 Announcing the formal launch of the competition, the Special Adviser to the Governor on Sports, Mr. Effiom Effiwat, explained that, the competition, which is the first of its kind is intended to empower youths as well as discover talents at the grassroot level that can be groomed to represent both the State and Country in future.

According to Mr. Effiwat, the competition will feature 24 teams across the state and kick off is slated for the 10th of November, 2017, at the U.J Esuene stadium.

The competition will also feature matches in Ikom and Ogoja stadiums respectively, with the final match to hold at the U.J. Esuene stadium, Calabar on the 3rd of December, 2017 by 2pm.

Mr. Effiwat also disclosed that a total of N1m will be won in cash prizes, He therefore advised all interested teams to pick up registration forms at the state football association office, U.J Esuene stadium at 60,000 naira only, registration closes on 3rd November, 2017.

Collection and return of completed materials to take place from 5th – 8th November, 2017.