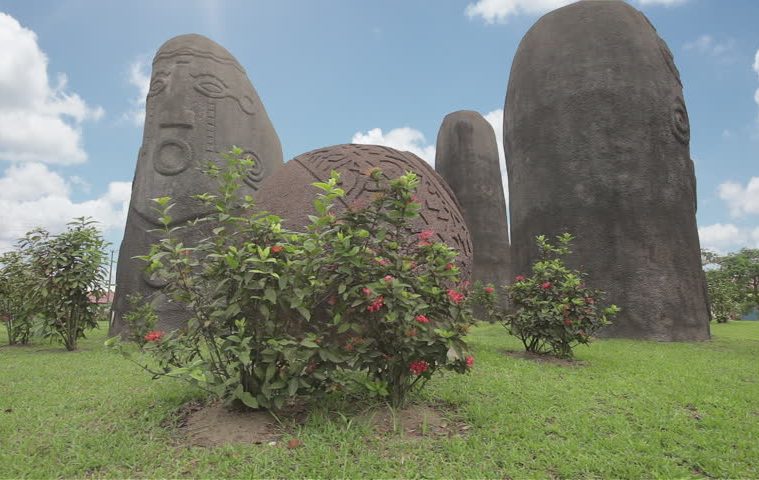 The Cross River “Akwanshi” or stone monuments and other tourism legacies in Nigeria are confronting the genuine risk of eradication.

This is because of the non-responsibility of Nigerian governments at all levels, robbery, trafficking on them by obscure people, poor financing of our exhibition halls, obliviousness and exercises of group individuals that host these archeological antiquities.

Stressed by this improvement, specialists, a week ago, at the Third International and Interdisciplinary Conference with the topic: “Cross River Akwanshi, the Intervention, and Interpretation of Indigenous Cultural Stones” at the University of Calabar Conference Center presented that thus, the nation has lost several Cross River stone monuments and other social legacies to exhibition halls in Europe, America and different parts of the world.

Following history of the stone monuments, Dr. Solomon Abu Edet of the Department of Archeology, University of Calabar; Head of Department, History and International Studies, University of Calabar, Dr Frank Enor and the Director of Trust for African Rock Art (TARA) in Nairobi, Kenya, Professor David Coulson, had in their exploration work, “The Cross River Monoliths of Nigeria” stated, “the monoliths sites were designed by our forbears of the present occupants about 1500 years ago and the orientations of the monolith positions are simply functional and spiritual, providing the context for communal living of the people at that time. Because the monoliths culture developed for ancestral memorials, it was known as ‘Akwanshi’ or dead stones in the ground.”

They assist contended that “the main monolith producers inhabited the region occupied today by the northern Ejagham-speaking people among whom are; Nta, Nde, Nselle, Nnam, Ekajuk, Nkim, and Nkim sub-ethnic groups which in the 1960s collectively became identified as Bakor people.”

In particular, the Cross River Akwanshi or stone monuments, a huge number of them have been wrecked or stolen and Dr. Edet stated, “in the Cross River monolith region, there are about 450 stones within about 35 sites and they are formed in circles and in concentric formation which describes the Cross River monolith sites as carpentry environment where the geometric design is found on the landscape and the location arrangement of the monoliths and equally so in their carvings.”

Edet who has done much work on the stone monuments stated, “that clearly tells anyone that some people once lived in that region and were serious traditionalists, carvers and those that actually used these monoliths to enjoy their tradition and culture in terms of ancestral worship, secret burials, their own democracy, and governance.

We have lost many of the stones and it is uncountable, but over the years, people have documented the illicit trafficking of monoliths and other antiquities along the Nigeria-Cameroon border”.

On his part, Dr. Enor communicated worry with what more likely than not happened to the Cross River State stone monuments between antiquated development and now saying, “if government pays necessary attention to the monoliths of rural communities in terms of providing necessary infrastructure and resolving the contradiction of poverty, much gains can be made of our cultural heritage”.

He stated, stone monument is viewed as protest of reservation by Ejagham individuals while others consider it to be juju conciliated in the midst of war, however “it is not only nauseating but a painful reminder of how government has narrowed its tourism drive to street parties and carnivals thereby neglecting heritage core region that makes Cross River a tourist destination.

We must, however, acknowledge the efforts of Donald Duke, one-time chief Executive of Cross River state who constructed an open museum at Alok along Ikom – Ogoja highway.
The open-air museum generated a lot of excitement and awareness but this was however short-lived and what followed next was a systematic looting away of choice monoliths to an unknown destination by organized criminals. Monoliths as it were are suffering from ecological degradation and human activities.

“Recently, our research team discovered a broken piece of monoliths at Metropolitan Museum in New York. The other piece has been found in Ntigogo where it was looted from. A helicopter made an obscure landing at a community bordering Utai and Nde and after a brief interval, it saddled away with some monoliths.

“We cannot quantify the number of monoliths lost because the sites are too many. We have discovered more sites but can not tell how many have been looted. From what we hear now, a whole lot has been looted. At the Metropolitan Museum in New York, in Paris, the looted monoliths are there.”

On efforts to get them back, Enor said, “we are calling on the government to work and restore these monoliths by way of getting them back.
We want the government to think about providing infrastructure to the monolith community so that at the end of the day, some of them will not be compelled to sell out these monoliths. They are complaining of poverty, neglect and they end up pulling a monolith and selling it away to salvage their stomach infrastructure.”

He said what the state has done as such far “is to limit themselves to carnivals to the total neglect of heritage tourism. We have a lot of heritage sites around Cross River State.

In Obubra, we have the cave, Etung the Agbokim waterfalls, Ikom the monoliths, the culture zone and others. The state should be proud that it has a lot of heritage tourism which have not been exploited. So my appeal to the government is not to limit itself to street parties, carnivals but to extend its gesture to heritage tourism which other climes are making money from.”

Conveying a keynote address, the Head of Department of History and International Studies, Paul University, Awka, Anambra State, Prof Levi Uzuakor said there was a requirement for the stone monuments “to be studied, restored, conserved and exhibited so that we know more about them. Professionals have done much to keep the monoliths and give us some answers, they must be recovered, preserved and who will preserve it?
First, is the National Museum. Today, we have about 35 museums built by the federal government through the National Commission for Museums and Monuments.

“The museums are handicapped in their efforts to preserve, conserve. In fact, some of them are suffering in the museum because proper care is not being taken. It is not that the museums do not know what to do, but they don’t have the wherewithal.
The museums are underfunded. They must be properly funded to play their role in the society. If the authority that ought to fund these institutions do not come forward to do that because they do not understand that it is necessary to have our historical artifacts, the private organizations should come in and assist in this work”.

Uzuakor who was a one time Director of the National Museum and Monuments, Lagos, expressed, “if the authority that ought to fund this institution do not come forward to do that because they do not understand that it is necessary to have our historical artifacts, that is why the private organisations should come in and assist in this work…the museums are not left in the hands of the government to run.

They are run by bodies and we have them here in this country. The only thing is that they have not been convinced of the need to invest. We must use all necessary modern facilities to preserve these artifacts. Our forefathers managed to protect them”.

Dr. Ivor Miller, an American specialist dealing with the legacy of the Cross River locale, said the gathering composed as a team with TARA, headed by Prof. David Coulson “is happening to alert the people that the heritage of the state is being destroyed.
The national museum is not functioning to help. Essentially we are trying to carry on the brilliant work of Donald Duke when he was governor to create Cross River as a tourist’s destination”.

He said, “We are trying to continue that good work of the then governor Duke. We study indigenes and community members and realized that the civil war was very destructive to the stones, people were taking advantage of the chaos shipping stones out to Cameroon and other places in the world.

“There is no record at all, so, we are trying to understand the trafficking of the stones … Now the Pentecostal Churches are saying the stones are satanic.
So, the stones on the farmlands are just being burnt out of ignorance. We have a lot of documentation on it…and how the churches are approaching the chiefs to get rid of their stones. The Ferdinand Smith Factum, an amazing institute in Spain, which uses digital photography to help save arts is here in Cross River on the monoliths issue and we are trying to build something internationally because Nigerians need help.
We are trying to bring this idea to the university to safeguard our heritage. It’s a global issue now. Lots of people in America want to come back and see their motherland, but when they get here, they see no culture but they see the church, so we want to enlighten the people of Cross River state on the need to safeguard the monoliths and other heritage.”

The Vice-Chancellor of the University of Calabar, Prof. Zana Akpagu spoke to by the Deputy Vice-Chancellor Academics, Prof. Uche Amo, stated, “We are talking about indigenous cultural stones.

Our coming together in this conference is to bring to the limelight the issue of monoliths. Cross River community happens to be as ever one of the remnants of communities that are still keeping materials and artifacts that could be described properly in the proper context as archeological materials yet Cross River state is not 10 percent explored, exploited and given the due attention it deserves”.

Prof. Coulson said his organization was partnering with the university community to ensure that much awareness is created within and outside the monolith communities to ensure the protection and preservation of the stones.

He said the idea of preserving the monoliths is not necessarily money, but an issue of tourism heritage for posterity as communities just burn the items out of ignorance.