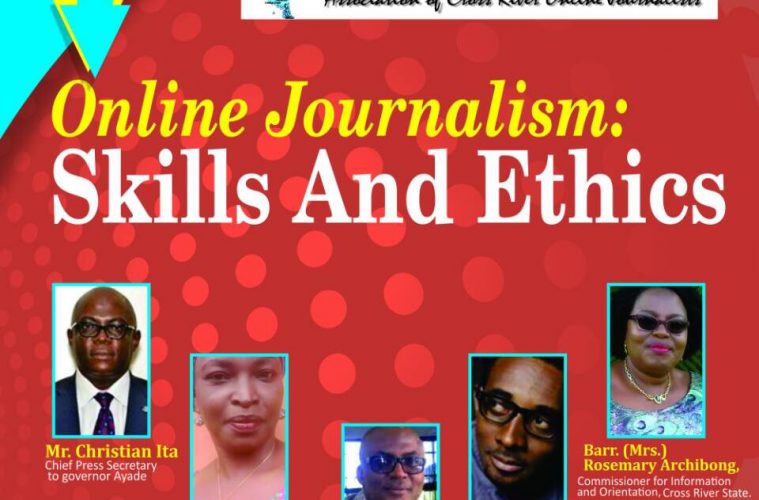 Members of the Association of Cross River Journalists (ACROJ) have concluded plans to hold its maiden capacity building workshop for members.

The union which is registered with the Corporate Affairs Commission (10th July 2014) with the registration number CAC/IT/NO 70863 slates Thursday 12th October, 2017 as the date for the workshop themed “Online Journalism: Skills And Ethics.”

Also, the State Commissioner for Information and Orientation, Mrs. Rosemary Archibong is to present a paper on the topic “Role Of Online Media In Strengthening Government Conversation and Policy; The Cross River Perspective.”

Mrs. Florence Oluohu, Editor Daily of Nigeria Chronicle too is billed to present a lecture titled “What Is Journalism and Who Is A Journalists; Cross River Perspective.”

According to the release signed by the Acting Chairman and Secretary of the union, Comrade Hope Obeten and Comrade Jeremiah Archibong respecively, the topic “Ethics in Online Journalism” will be dealt with by the CEO Hit95.9fm Calabar, Mr. Pat Ugbe.

The last speaker is Mr. Daniel Williams who is Head of Photography Cross River State Government House on the topic “Photographic Skills in Digital Journalism Era.”

The event is billed to hold at Adsuit Hotel and Suit Parliamentary, Calabar Municipal by 10:00 am prompt.