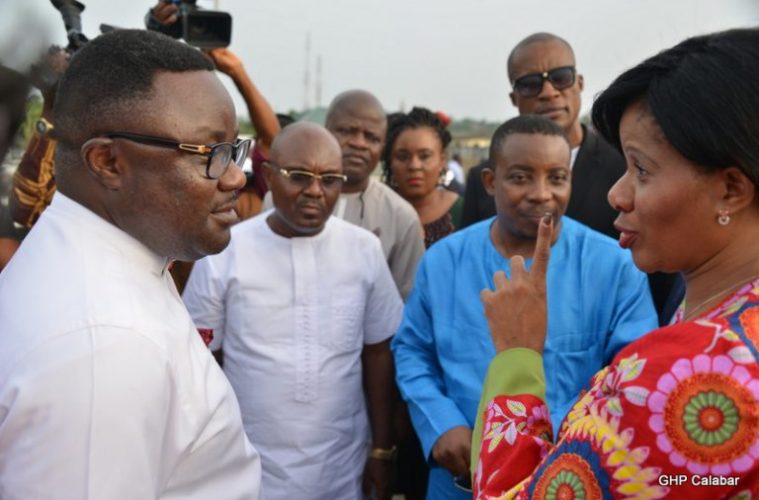 Addressing a delegation from Mafikeng, North West Province of South Africa who was in the state for a three-day working visit, the state governor, Senator Ben Ayade listed the areas of cooperation to include agriculture, tourism and the establishment of an international hotel college.

As well as develop its tourism with the setting up of a hotel institute in Calabar, Governor Ayade disclosed during a technical presentation by the team in the governor’s conference room, that the state will also implement the other recommendations focusing on mass production of grains, especially yellow maize, livestock farming, with emphasis on poultry.

On the establishment of a hotel college, Governor Ayade disclosed that an action committee will immediately be set up to ensure that the institute which will be a veritable boost to the Calabar Festival becomes operational in five months’ time before the carnival.

The governor who lauded the South African team led by the former High Commissioner to South Africa, Ambassador Uche Ajulu-Okeke for coming with plausible money-yielding ideas and projects in the areas of agriculture and tourism, said that their recommendation had opened his eyes to the huge potentials in these sectors that could be harnessed profitably, besides the industrialization that has been the focal point of his administration. “I am just taking aback by so much that the South African team could unfold in just a short period of just about two days. But I think we will be doing a disservice to this state if we do not also compel them to go to the Obudu Cattle Ranch. You will need to be at the Ranch. I am quite excited that all your thoughts and concepts you shared, your fears and concerns about Nigeria have melted away just by your first visit to Nigeria and Calabar. I am sure also that the more you stay, the more you fall in love with Cross River State.”

According to Ayade, “the state will go unto full cultivation and production of not just yellow maize but shall also cultivate barley and hops for that will be used for the production of both alcoholic and non-alcoholic drinks as plans are equally on to establish a brewery industry in the state.”

He added that the state will equally go into the production of animal feeds, noting that all these can be achieved by irrigation processes using the Cross River Basin Development. Ayade, therefore, expressed optimism that “with the collaboration between the state and North West Province of South Africa, it has become obvious that Nigeria and South Africa could actually drive the image of the blackman to a positive level.”

He thanked the team for carrying out an in-depth study and analysis of the areas they had visited and coming out with such an elaborate and unambiguous report and recommendations.

Earlier, In her introductory remarks, the leader of the South African technical team Ambassador Uche Ajulu-Okeke, explained that during Governor Ayade’s working visit to South Africa in February this year, the twin city agreement was signed between Calabar and Mafikeng in the areas of agriculture and tourism and that in the spirit of the twin agreement, he invited the Premier to visit Calabar.

She disclosed that the meeting has been scheduled and plan and the Premier sent a preliminary team to Cross River to do an all-round assessment of the state in the areas of agriculture and tourism.

Ajulu-Okeke further disclosed that the team arrived Cross River state on Monday and has been taken round places like the Marina resort, agriculture sites/farms among others and that the purpose of the presentation is to inform the governor firsthand what the team saw in the field and their recommendations.