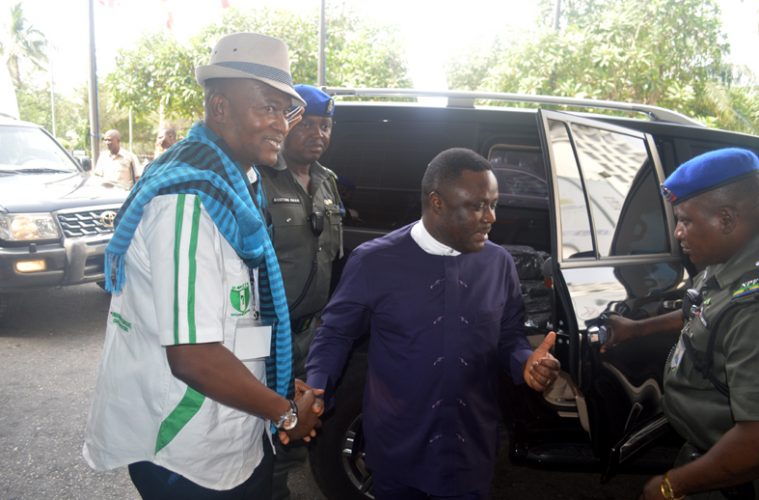 The Governor of Cross River State, Prof. Ben Ayade has re-appointed travel expert, Mr. Ikechi Uko as the consultant for the international aspect of the Carnival. This is in line with the re-positioning of Carnival Calabar as the number one event in Africa.

Mr. Ikechi Uko who is the team leader of The TeamAfrica is also the organiser of Akwaaba African Travel Market.

He was appointed last year by Governor Ayade to help birth the international version of the Carnival.

Not fewer than 11 countries participated at the last edition of the festival which was deemed successful.
Based on the success of last year’s event, the Governor re-appointed Mr. Uko to grow the event in 2016 with a mandate to bring more countries to the biggest street party in Africa.

The 2016 edition of the Carnival is expected to be bigger and better as last year’s event was the first carnival organised by the Governor. The Bikers day has been slated for the 27th of December, over 10000 Bikers are expected to participate in the major Biking showpiece in West Africa. The 28th of December is the Main draw which is the Street Carnival. Last year’s event had over 2.5million visitors in the city for the Party.

The international Carnival will hold on the 29th of December and is expected to grow bigger than last year’s Maiden edition.

Already the Carnival Commission has inked an MoU with the Nigerian Association of Tour Operators NATOP  to promote this year’s event globally with 3 and 5 day packages for Tourists.

The Chairman of the Carnival Commission Mr. Gabe Onah said that this arrangement with NATOP will complete the product and make it available to more families to visit and enjoy the fun.

He pointing out that Nickelodeon will be debuting this year at Tinapa to further excite the children.
The President of NATOP, Mr. Nkereuwem Onung has praised  Carnival Calabar for reaching out to Professionals to market the biggest Tourism product in Nigeria to the world.
He promised that NATOP members will soon launch packages for people to sign on for this year’s carnival.