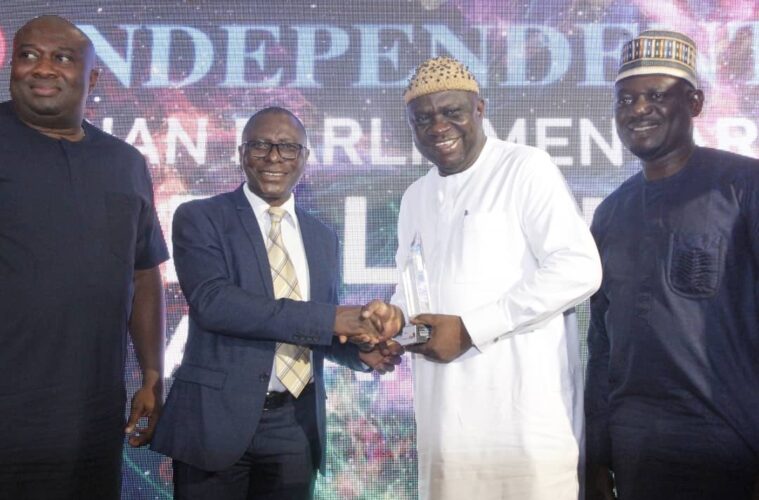 It was a night of glamour as the crème de la crème of the Nigerian legislative community gathered at the Sheraton Hotel and Towers in Abuja, on Wednesday, for the Inde­pendent Parliamentary Excellence Award ceremony.

The ceremony was to recognise, reward and celebrate lawmakers who have excelled in the task of trans­forming the lives of their constituents, while changing society positively.

The awardees cutting across the state legislature, and both cham­bers of the National Assembly, who emerged in various categories, includ­ing State, and Federal Lawmakers of the Year, as well as across the various geopolitical zones, applauded the or­ganisers, Independent Newspapers Limited, publishers of Daily Inde­pendent, Saturday Independent and Sunday Independent; and African Consolidated Analytical Limited (ACAL), for the recognition which would encourage them to do more.

Commenting on the award ceremony, former Deputy Sen­ate President, Ike Ekwerema­du, commended the organisers for honouring Nigerian par­liamentarians who have dis­tinguished themselves in the business of lawmaking across the country.

Earlier, while receiving the award, Speaker Cross River State House of Assembly, Rt. Hon. Eteng Williams, said, “The award is a task to do more things” and dedicated it to the Almighty God and his colleagues in the 9th Assembly.

The awards, according to Steve Omanufeme, Managing Director and Editor-in-Chief of Independent Newspapers, was to celebrate lawmakers who had excelled in their chosen intervention projects and had sponsored various bills aimed at touching and changing lives.

“Over the years, many of us have struggled to understand the value of the legislature in a constitutional democracy. We are often quick to point out the many drawbacks of representatives democracy, including the fact that elected officials are always not bound by law to fulfill promises made before their election and that they are often seen to promoting their own self-interests above the common good once elected,” he said.