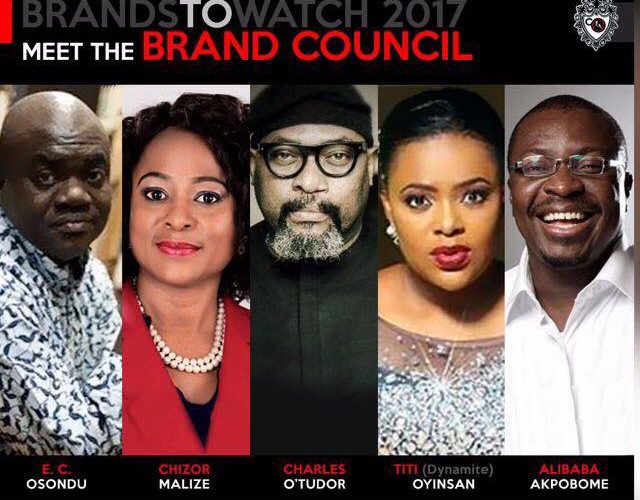 Cross River State has been nominated as the top government brand to watch in 2017 by Charles O’Tudor Brands To Watch Awards. With a total number of 4,872 nominations received within a period of eight weeks, the Brand Council of the 2017 edition of ‘Charles O’Tudor Brands To Watch Awards’ has released the nominees list in all of the 22 categories of the award.

The award is a brand-led movement which recognizes that in the 21st century, brands are an asset and a vector of image, reputation and competitiveness of nations.

The ‘Charles O’Tudor Brand To Watch Awards’ has been welcomed by a whole lots of stakeholders to help re-awaken brand awareness and stimulate growth. The share of African brands declined in the newly released 2016-2017 annual ‘Brand Africa 100’, an annual survey and valuation of the Top 100 brands in Africa.

African brands’ share among most admired brands dropped from 23 percent to 16 percent while non-African brands strengthened their positions in Africa, growing their share of the ‘Top 100 Admired brands’ from 77 percent in 2014-2015 to 84 percent in 2016-2017. Here in Nigeria, the tables are also turning. Marketing and advertising budgets are shrinking tremendously thereby affecting most brands’ share of voice and visibility.

The top five brands nominated in the manufacturing category are Dangote, Golden Penny, Honeywell, Dufil and PZ Cussons Nigeria while the likes of Samsung, Etisalat, Glo, Airtel and MTN will slug it out in Telecommunications category.

Among other categories that will be keenly contested are the Insurance and Pension categories. Nominated in the Insurance category are African Alliance, AXA Mansard, Leadway Assurance, Nem Insurance and Mutual Benefits while the likes of ARM Pensions, Fidelity Pension Managers, OAK Pensions, Stanbic IBTC Pension Managers and AXA Mansard are the top nominees in the Pension category. The Individual category consists of Vice President Yemi Osinbajo, Tony Elumelu, Richard Mofe Damijo, Akinwunmi Ambode and Tara Durotoye.

The Oil & Gas, Construction, Schools, Broadcasting and Movie categories are all confirmation of brands that have fared very well in the last few years. The entertainment industry also has the likes of Wizkid, 2Face Idibia, Olamide, Davido and Flavour competing for the best music brand.

Successful Brands create and sustain a strong, positive and lasting impression in the mind of consumers. These Brands provide external cues to taste, design and performance if developed and managed properly. They also have top of the mind recall, impact, creativity, consistency and are relevant beyond their core sub-sectors.

As part of the maiden edition of the Charles O’Tudor Brands To Watch 2017 project, the organisers would be announcing three lucky indigenous brands that would benefit from the ‘Brand Make Over Give Back’ at the grand awards night. To however ensure a balance, they would be nominated from the three existing categories; government, corporates and Individuals by the Brand Council.

The grand awards night, an evening of glitz, glamour and celebrations slated for August, 2017 is set aside to honour the winners of the awards nominated in different categories. The ‘Charles O’Tudor Brands To Watch’ is only for the distinct, exceptional and top drawer brands.