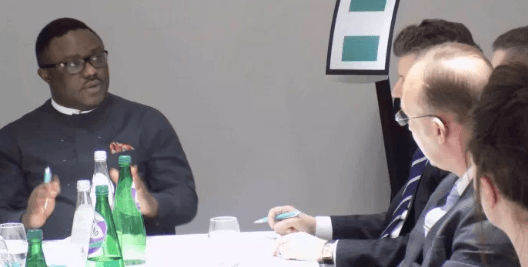 CROSS RIVER TO RETURN AS OIL AND GAS PRODUCING STATE

Due to huge gas and hydro carbons deposits found in the southern and northern parts of cross river state, the state is expected to get back its derivation status soon as all the key players are set to converge on Calabar for a national conference

Cross river state commissioner for petroleum resources, Itaya Asuquo-Nyong stated this while briefing journalists on the preparation of the state to host the third national council on gas and hydro carbons conference in Calabar later in the year.

The commissioner said the event will provide opportunity for cross river people to make their case and for government to showcase the huge hydro-carbons resources that will redefine the state’s status in the niger delta region.

The petroleum commissioner said the conference will encourage refineries and petrochemicals investors to choose the state given it’s peaceful and serenity for them to operate within the oil producing niger delta region.

Over one thousand participants in the oil, gas and hydro carbons industry are expected to attend the event which is the highest decision making  body  in the gas sector in Nigeria.