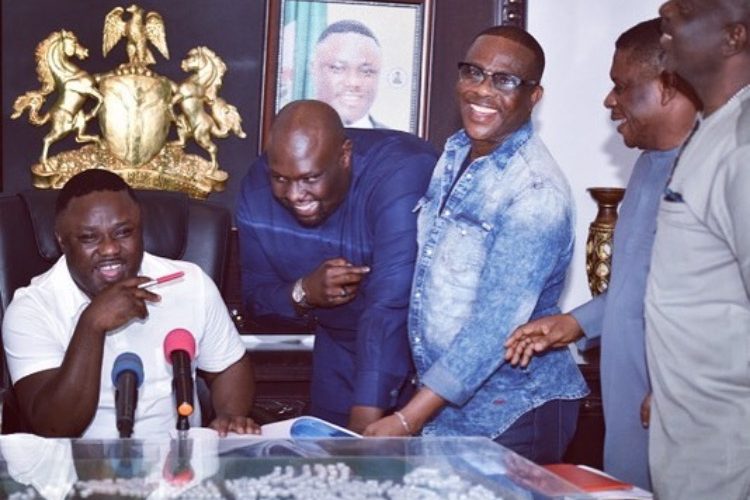 The Cross River State Government is expected to spend about N18bn, through direct labour, to build the proposed ‘spaghetti’ flyover and a 10.8 kilometres dual carriageway from Calabar to Odukpani.

It will be the second flyover in the state after an earlier one built at the terminating-axis of the Goodluck Jonathan Bypass in Calabar by the Liyel Imoke-led administration in 2014.

When completed, the new three-layer flyover will address the gridlock frequently experienced by motorists at the Odukpani junction, according to the Cross River State Infrastructure Company Limited.

Our correspondent, who visited the proposed site for the construction of the flyover in Odukpani on Friday, observed that a vast portion of the land had been cleared behind the motor park with alternative routes being demarcated.

While the development is viewed as a positive step, commercial vehicle drivers had expressed doubt over the possibility of the state government to complete the project.

A driver, who plies the Calabar-Ugep route, Mr Linus Offiong, said he hoped that the initiative would not be abandoned like the proposed superhighway-one of the signature projects of the Governor Ben Ayade-led administration.

He said, “The governor promised a superhighway and deep seaport when he assumed office, but those projects have not really kicked off as expected. The initiative of building this flyover is a welcome development as it will open up the area, but I just hope that it will not be abandoned.”

Another driver, Mr Rex Okon, who expressed hope that the proposed flyover would reduce frequent traffic jam in the Odukpani junction, said it would be a huge waste of public funds if the project was abandoned.

Meanwhile, a source in the state Infrastructure Company Limited said the problem of payment of compensation to property owners along the route had yet to be settled.

However, the Chairman of INFRACROSS, Chief Liwhu Akeh, said ongoing work at the campsite, diversion route and dump yard, were indications that the physical construction of the multi-layer flyover had commenced.

Akeh, who disclosed that the state government had through direct labour reduced the cost of construction of the flyover and 108km dual carriage road from an estimated N100bn to N18bn, said over 15 heavy duty equipment had been moved to the construction site at the Odukpani junction.