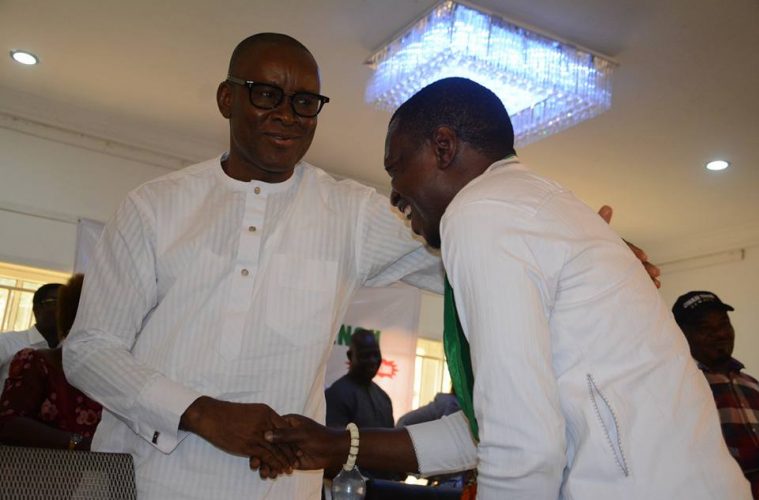 The Senator representing Cross River State central senatorial district in the red chambers of the National Assembly, John Owan-Enoh last Friday hosted the 3rd ‘Cross River Central Youths Meet Senator John Owan-Enoh’. The epoch making event was held at Jorany Hotels & Resort, Ikom on the theme “Tapping into the wealth of the internet for self employment”

While addressing attendees Senator Owan Enoh announced that he will next week release the sum of NGN2million to fund two e-commerce start up to be curated by Cross River Watch founder, Agba Jalingo.

Agba, a guest speaker at the event had called on Senator Enoh to further demonstrate his commitment to empower his people with IT by supporting the creation of a portal where foodstuffs produced in the central senatorial district are sold to the world www.foodstuffs.com and another portal www.breakfastandlunchincalabar.com which will serve breakfast and lunch to residents in Calabar, the Cross River State capital. Owan agreed to these and promised to make NGN2million available next week. He said this fits into his resolve to empower youths in central Cross River State to compete favorably with their counterparts across the world.

The Senator also announced that he has already engaged experts who will do follow up IT training for one delegate per the 66 political wards in Cross River Central Senatorial District and further disclosed that he has purchased 66 customized laptops that will be handed to the 66 after their training to begin their web-preneurship. The events saw thousands of youths from across the 6 LGAs that make up the senatorial district and Calabar thronging the event hall at Jorany Hotel Ikom.