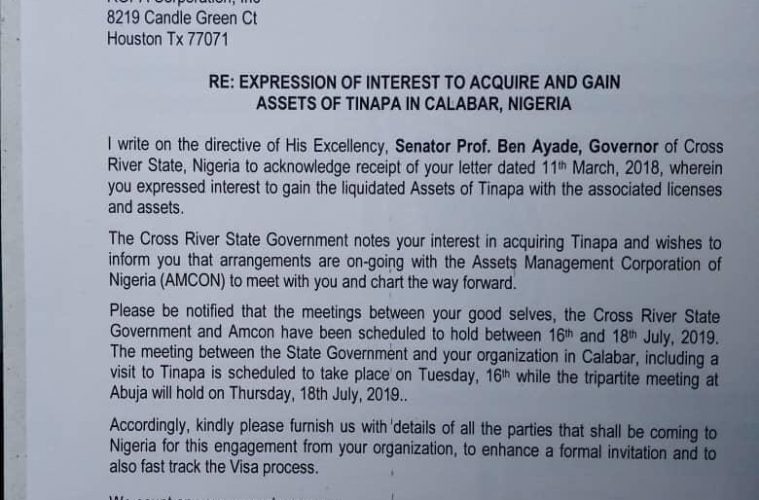 The $600 million moribund Tinapa facility in Cross River State is up for sale as American investors expressed interest.

The first phase of the project fashioned after the similar massive one-stop shopping and tourism resort of Dubai was conceived and built by former Governor Donald Duke and commissioned on April 2, 2002 to boost business in the state and the country at large.

But due to poor and inconsistent government policies and other factors, Tinapa died and remained a white elephant project.

Consequently, the state government has replied to the expression of interest to acquire the facility by the Chief Executive Officer and President of ROPA Corporation Inc, Robert Glover, inviting him for further negotiations.