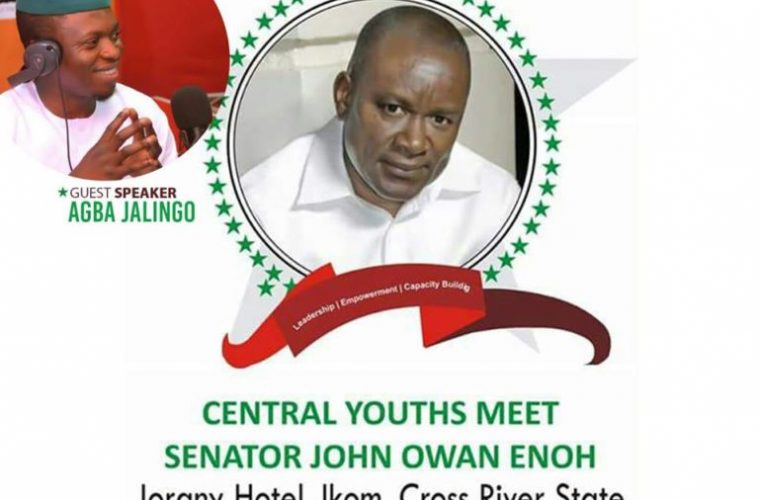 This was contained in a letter addressed to Mr. Jalingo and signed by Senator Enoh’s aide on New Media, Gaius Chibueze.

The letter recognized the success that the #TeamCrossRiverWatch have made of their enterprise by deploying ICT to report Cross River State and invited them to share their experience with youths of the Central Senatorial District.

“The Distinguished Senator having noticed your success in the Nigerian internet space, how you have built your company from scratch and with the success that has been recorded of CrossRiverWatch.com, he is impressed.

“Therefore, he is requesting your presence as a Special Guest for the 3rd edition of Central Youths Meet Senator John Owan Enoh scheduled to hold on Friday, 7th April, 2017 in Ikom, Cross River State.

“The Theme of this year’s event is; “Cross River Central Youths – Tapping Into The Wealth Of The Internet For Self Employment”.

“The Senator believes that your presence will go a long way in encouraging these young participants; many of who are your ardent followers on the social media, on the need to take up entrepreneurship opportunities and further serve as a source of inspiration to youths in the Central Senatorial District of Cross River State who look up to you as a role model.”

CrossRiverWatch had earlier reported Owan Enoh will train youths on ICT after the event.