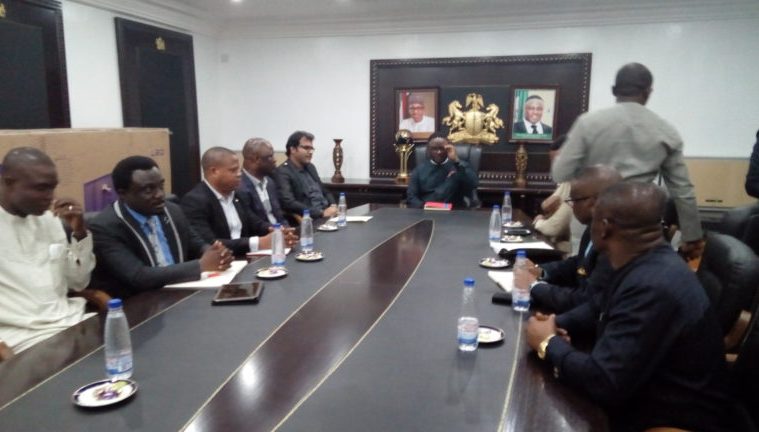 The Director General of the State’s Investment Promotion Bureau, Architect John Etim Bassey stated this Thursday in Calabar when the group came for the formal declaration of intention to proceed to site and commence development.

Mr. Bassey said the group and the bureau have been negotiating legal frameworks to “Finance and develop key signature projects and other projects” embarked upon by the administration of incumbent Governor Ben Ayade.

He said the company was contributing 99 percent of the cost while the state’s equity contribution was just 1 percent and insisted that: “This is not a courtesy visit to inform but to seek approval.”

The delegation was in the state to check issues of security, accommodation as over 50 expatriates have been flown into the country to be deployed by Monday (yesterday) said the group’s Chief Executive Officer, Mr. Patrick Adeel.

He said the group which came into the state only about 2 months ago concluded plans to move into site last week and are ready to take over the sites.

Mr. Adeel who said he was satisfied with the arrangements so far concluded his remarks in a religious manner.

“With God everything is possible and we are doing this project in the name of God and it is a measure of our integrity,” he said.

Today we are gathered here to formalize the process to commence construction work of our signature projects.

An excited Mr. Ayade who described the group as “Angelic” said they came in at a time he almost had no idea on how to push forward and pointed out that: “They have demonstrated commitment by deploying the APG (APG is Advanced Payment Guarantees)” which according to him was an issue.

He said that with the commencement of construction activities in the various projects in the state, “Hopefully the Nigerian economy will see a difference.”

The projects to financed include the Airline, Bakassi Deep Seaport, over 270 kilometers six lane superhighway, specialist hospital, projects in the Tinapa Premier Business and Leisure resort and several others.