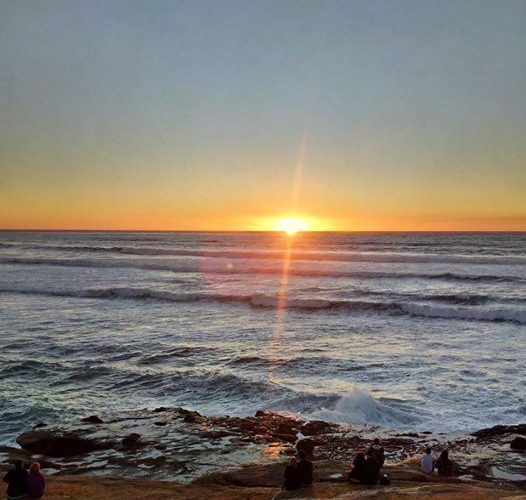 DARE TO DREAM BY MICHAEL WILLIAMS

Have you ever had a dream that wouldn’t go away? Usually, the idea starts very small and grows in your imagination, fed by your desire, ambition, innocence or belief – a feeling that anything is possible if you try hard, keep pushing and never give up. As the years go by, life takes over, reality sets in and you settle for routine, responsibilities and a dream deferred.

Yet, somewhere in the back of your mind is the nagging thought that there should be more to your life than this. What about the adventure, the travel, the invention or that business you were going to build someday? Somehow, someday was never today but sometime in an undetermined future. It happens to all of us but it can be changed at any time. Thankfully, every day is an opportunity to reinvent yourself and start anew.

Many years ago, I had this idea that I would write a book – a story, an epic adventure. It began when I was 8 or 9 years old, when my best friend and desk mate at school, Michael Hue, and I wrote and illustrated our first comic book, inspired by Marvel characters, like Iron Man, Thor and the Avengers, that are now Hollywood heroes. In high school, I continued to write stories in English class and, eventually, one was recommended for publication in the annual school magazine. In 6th form, I became the features editor and photographer for the magazine, and realised that I had found my calling. I had so much fun that year, writing, fundraising and taking photos, that my schoolwork barely survived.

Then, reality set in. Exams, emigration, a degree, a job, a life – or so I thought. After 10 years of working on someone else’s dream, I started to work on my own aspirations. After a few years, along with partners, I had built an event management company and, later, an advertising agency where I was free to write copy for ads, brochures and corporate magazines. Exploring different niches, including travel PR and destination marketing, I continued to write and keep my passion alive. Finally, I started this blog, From Kingston to Calabar, to document my experiences and observations as an outsider in a fascinating and contradictory environment.

Readers of the blog started asking for a book, so I began to write one. Then, I stopped and a crisis of confidence kept the project stalled. Many thousands of readers and 77 countries later, I was encouraged to restart the process – but, first things first. I decided that my debut would be a business publication – something to guide and encourage entrepreneurs to lasting success in a field that is littered with failure and struggle. Based on a series of seminars and workshops I have delivered over the last ten years in the UK and Nigeria, the book outlines a 3-step system for generating significant profits through what I term ‘superior customer service’.

Just over a week ago, I uploaded the final version of the book to Amazon.com and breathed a huge sigh of relief – I had made my submission with 2 days to spare, nearly 90 days since it went on sale by pre-order. As the feeling sank in, I noticed that the nagging doubts that were decades old were slowly dissipating. The dream had come true.

Which dream or project have you delayed indefinitely or abandoned altogether because of your job, parenthood, lean resources or a less-than-disciplined lifestyle? Have you been listening to the naysayers who desperately need your company to make them feel better about their own disappointments? While you’ve been reading this, something that you’ve pushed to the depths of your sub-conscious mind is floating to the surface. Retrieve it and take another look.

Could you start smaller and cheaper? With changes in technology, could your idea work online instead? When I first dreamed of a book, it would have taken thousands of dollars to print, distribute and market; not to mention the rejections from publishers that I would have to endure. By the time I got around to it, Amazon.com was the biggest book retailer in the world and they published my book for free.

There are still continents to conquer, adventures to pursue and a dream house to build. There are millions of lives yet to be touched by the gifts God has blessed me with. I’ll get to them one by one – I still have time. But, for now, I will celebrate this small achievement and let it remind me that all things are possible, if I believe.

Start believing. Start dreaming again. This time, make a plan and take action – a phone call, an email, anything – and just keep going. You’ll never forgive yourself if you don’t.

“All men dream, but not equally. Those who dream by night in the dusty recesses of their minds, wake in the day to find that it was vanity; but the dreamers of the day are dangerous men, for they may act on their dreams with open eyes, to make them possible.” ~ T.E. Lawrence (Lawrence of Arabia), 1888-1935 ‘The More3 Formula: More clients x More sales x More money’ is out now on Amazon.com for just $4.99. If you don’t have a business or business idea but would like to see a friend or relative succeed, you can buy a copy for them as a gift. Click here to purchase:http://www.amazon.com/The-More3-Formula-Supercharge-Superior-ebook/dp/B0196WUKMA&nbsp;

The book is available currently as a Kindle download for any device – perfect for readers outside of the US, Canada and Europe where Amazon deliveries are not the norm. The Kindle app is free on iPad, Android and other platforms. Paperback version to follow later in March 2016.

Michael Williams is the Managing Director, Cross River State Tourism Bureau. He writes from Calabar. Connect with him on Facebook; Michael D Williams