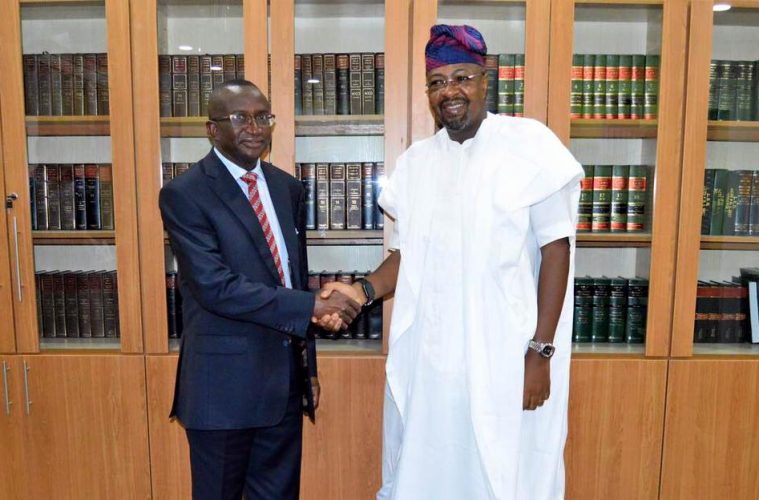 The Chairman of the Niger-Delta Development Commission (NDDC) Senator Victor Ndoma-Egba has said that the panacea to Nigeria’s focus on an oil driven economy is conscious policies from governments at all levels to be targeted towards Tourism development.

He further stated that NDDC as an interventionist agency aimed at bringing enhancing integrated regional economy in lie with the agency’s core mandate, is open to partnering with other Government Agencies to actualize that mandate for the Niger Delta Region and indeed the country as a whole.

This statement was made  when the NDDC Chairman received in audience, the Director General for Nigerian Tourism Development Corporation, (NTDC) Mr. Folorunso Coker and Management team on a courtesy call in Abuja, yesterday. Ndoma-Egba said: “NDDC wants to develop strategic relationships since we are looking at an economy beyond oil which may dry up someday, or even be overtaken by technological inventions.  We are beginning to see a gradual shift to fossil fuel and solar power.

“when you mention the Niger Delta, the first thing that comes to mind is oil and we keep forgetting that oil is a finite resource. We want to go beyond oil and in doing so, we have to create alternative employment for the people.

“I am a witness to the effects of a deliberate tourism policy on the economy of my state by the government of the former governor, Donald Duke and how this has played out over the years, this turned Cross River to a preferred tourism destination in this country and we are proud to say that when you mention tourism, the first state that comes to mind is Cross River. This came about by deliberate policies to drive the sector to where we see it today. Earlier, the DG NTDC had said that they were at the chairman’s office to find points of strategic partnerships to drive the change mantra and create employment for the generality of the public which is similar to the goals of the NDDC.

According to Coker, “since the NDDC is an agent of accelerated change within a section of the country, and it is a place that had been ignored for quite a while, the quickest way to bring about that accelerated change is for the NTDC to find a point of congruence and collaboration with another agency of government in the Niger Delta region”. He added that: “Part of the core responsibilities of the NTDC is the creation of employment and I am sure that coming from Cross-River State, the NDDC chairman must have seen the possibilities of what a tourism economy can do in the life of a people. Tourism by its nature structurally employs a lot of women and youths. It doesn’t necessarily require you to have manufacturing tools and tourism is the largest employer of labour in the world”.

Mr. Coker highlighted that tourism provides the largest employment in the world with over $7.3 trillion of which Africa only enjoys only 5 percent of that income.