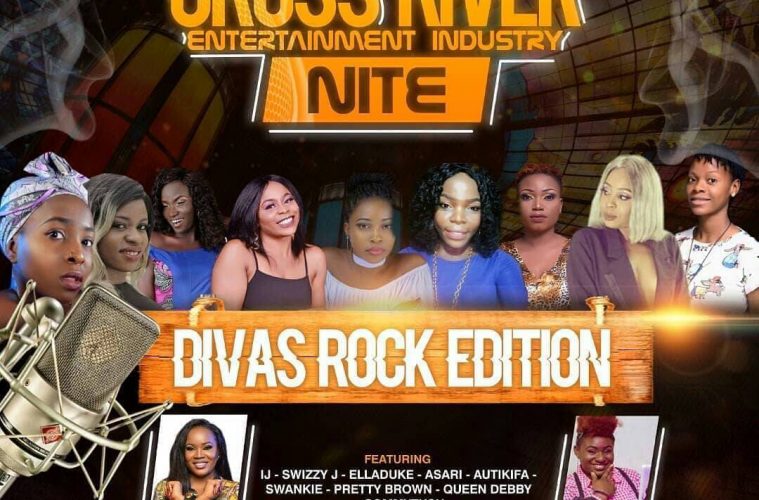 Preparations are in top gear for this month’s edition of the monthly Cross River Entertainment Industry Nite (CREIN), with top divas set to take the center stage and rock the mic.

According to the convener, Effiom Trombone, “the September 2018 edition is tagged ‘Divas Rock Edition’ and will parade some of the best female artistes. The now reloaded event is a monthly platform dedicated to showcase talents and create a forum for networking of hundreds of youths. Bringing together stakeholders towards the development and growth of the music industry, as well as encourage the abundant creative music talents in Cross River State.

The host for September will be the toast of the microphone, Mercypedia of Sparkling FM. South South’s Queen of the wheels and multiple award winning female disc jockey, DJ Ritzy is expected to make a star appearance and performance. The artistes performing for the night will be the stunning Pretty Brown, rapper Asari of the Okpo Rekordz crew, CommyTush, Autikifa, Swankie, IJ and Queen Debby.

Entertainers Nite is a celebrated event by the industry players in Cross River State, arguably second to none over the years (since 2013), the nite creates an enabling platform for grooming of talents and promotions by brands who intend to capture the south-south youth market

The September Edition holds this Thursday, September 6, 2018, packaged as usual by South Central Communication and duly endorsed by Cross River State Ministry of Culture and Tourism and the Events Management desk of the Governor’s office. Red carpet opens by 8pm and entry is FREE.