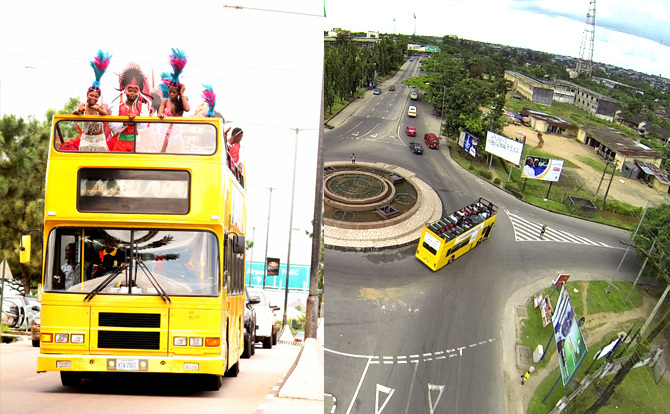 You haven’t really visited Calabar if you’ve not checked the boxes on this list of things to do in Calabar. Seriously, the capital of Cross River State and the first capital of the then British controlled Southern Protectorate is a city famed for its lush green environment, mouth watering cuisines, the people’s hospitality and a rich history. Calabar is also host to Africa’s biggest street party; the Calabar Carnival, with thousands of visitors trooping in to the state annually for the famous event.

Apart from the annual Carnival, a visitor to the Calabar can easily be drowned in the plethora of choices in the city that will offer them their desired satisfaction, especially during a festive period. We have therefore put together a few things a visitor can do in the ancient city of Calabar this holiday.

Trace the footsteps of Slaves at the Slave History Museum: a trip to Calabar without a stop at the slave history museum located within the Marina resort is said to have not been completed. The museum which sits on the site of a 15th-century slave-trading warehouse on the shores of the Calabar river was a major center for the Atlantic Slave trade  with  as many as a million Africans  taken from this now peaceful place into slavery. The museum has several galleries, displaying memorabilia, presentations and artifacts of the slave trade period. The museum exhibition shows when the slaves were captured, how they were chained and led to the river, to the point of “no return.”

Another attraction to the slave History museum is the fact that it remains one of the only museums in the country that employs audio/visuals in its exhibitions, as visitors are treated to first, a movie that depicts the slave trade era, before they are led to a guided tour of the museum. There are also audio recordings of how slaves were arranged in ships, how they yelled hopelessly. How they were thrown into the river and other stages of slavery in the plantations in their new world were aptly recorded, these features gives visitors better understanding of the slave struggles.

Engage your test buds at the Atimbo Bush meat and Palm Wine Joints: Just five minutes drive out of the Calabar metropolis, on the road that leads to border between Nigeria and Cameroon are a group of locally constructed shades, hosting one of the best places in Calabar where one can get their stomach engaged in palm wine, bush meat and plantain. The Atimbo bush bar savors a variety of bush meat from antelope, glasscutters, porcupine amongst others drowned with fresh palm wine popularly referred to as “up-wine” by locals. There are also available, at these joints roasted and boiled plantains taken with red oil as one feast on bush meat and palm wine. The women who serve at these joints are very friendly and always ready to engage visitors on chit-chats about the history of the place and life as a whole in Calabar.

Learn of one of Nigeria’s Oldest Institution: The Hope Waddell Training Institution was founded by missionaries from the United Presbyterian Church of Scotland in 1895 and is named after the Reverend Hope Masterton Waddell. Visitors to this institution that stands just opposite the Governor’s office, Calabar will be amazed at both the structures in the institution, some of which pre-dates Nigeria independence, and the caliber of persons who have walked through the institutions gate. The institutions roll call of Alumni’s include amongst others the likes of Dr, Nnandi Azikiwe (the first President of Nigeria), Dennis Osadebey,  and Eni Njoku. the institutions’ field, where visitors will most likely tread on, hosted both the first football and cricket match in Nigeria.  While the first printing press in the country, the Hope Waddell Press, came about when Mr. Hope Waddell and Mr. Samuel Eagerly established it in  1846 for mass reproduction of religious tracts, booklets etc.

Some of the materials used to fabricate the buildings were shipped from Glasgow to the port beside the school, which formed the first classroom of the institution. Walking in the school compound is like travelling back in time to the time of Lord Lugard.

Queue up for Suya at the Bogobiri Suya Arcade ; Visitors coming to Calabar will relish a trip to the Calabar Suya Arcade, which records high patronage, especially at weekends and most evenings. With over 50 shops occupied largely by traders from the Northern part of the country, the Calabar Suya Arcade is made up of well arrange shops specializing in preparing spiced, barbecue meat, popularly known as suya. The arcade which is aimed at bringing all suya sellers together to form one big market is now a spot that attracts well over 500 customers at weekends. A visit to the arcade, especially at night, shows customers scrambling to get the spiced delicacy. The spicy suya sold at the arcade is made from ram, cow and chicken. However, customers seem to favor ram suya as investigations show that on the average, 50 rams are slaughtered on peak days.

Apart from the beautiful scenario created by the influx of customers to the market, especially at night, the car slots are always jam packed, causing a gridlock on the busy arcade. Even the car park of a nearby commercial bank is always taken over by customers hanging out at the suya joint.

The first double decker bus in Nigeria operated by Nova Rosta is one that fascinates all who see and those who have dared to use their services, as it maneuvers through the streets of Calabar. It is a sight that may well be common on the streets of London, but in Nigeria it is a novelty. The bus ride specially designed and tailored to meet the demands of tourist, operates through the routes of some of the tourist attraction in the state capital.

Take a boat ride and Visit the Hidden Twins at Twin Island: a visitor in Calabar should avail him of herself the opportunity of appreciating the beauty of the City from the twin Island. The island, located right in the middle of the Calabar River can be accessed by boats, available for charter at Marina Resort. Catch the Raving fun at the Calabar Christmas Village: the Calabar Christmas is usually opened on the 1st of December through the 2nd of January and is the most “happening” area in Calabar during the December period. Located within the Calabar Municipality Council, the Christmas village houses over a 100 shops selling items including Christmas gifts, clothing, food stuffs and drinks amongst others. Visitors can do their shopping at the village and those seeking an evening of fun, will also like these place as it has a stage for live performances with artiste like Kiss Daniel and Mr. Eazi having performed at the village last year.

Join Queen Elizabeth II to Lay a wreath on the Grave of Mary Slessor: The renowned missionary of the Presbyterian Church, Mary Mitchell Slessor famed for stopping the killing of twins died in Nigeria near on January 13, 1915. Slessor was buried in a popular cemetery opposite Duke Town Secondary School on Andersen Street, not far from the Obong of Calabar palace. The over 100-year-old tomb of the revered and renowned Scottish missionary, who spent 38 years of dedicated Christian and humanitarian services in Nigeria and referred to as the “white Queen of Okoyong” has become a major tourist attraction, even hosting the queen of England when she visited Nigeria. Visitors can lay flowers at her grave side and appreciate the cemetery which is referred to as Commonwealth or Missionaries grave in Calabar.

Visit a former Colonial Seat of power:  a trip to the National Museum in Calabar is a tour into Nigeria’s political history.  The Old Residency Museum, which was originally known as the Government House is a prefabricated structure of Scandinavian red pine wood shipped from Britain in 1884 to accommodate the early British Administration.

The building, a stone throw from where the Nigerian Government had housed Liberian Warlord Charles Taylor and a walk from the presidential Lodge had itself housed the prison where Oba Ovonramwem of Benin was kept in 1897 after his kingdom was invaded. The Museum which has a research library, Museum Kitchen, Museum Shop, craft village and an exhibition hall also has slave trade history collections and a very expansive collection on pre-colonial and colonial palm oil trade. With as little as N100, the museum opens its doors to visitors.

Take a Swim at Kwa Falls: the Kwa falls located in Anegeje Village on the outskirts of the Calabar metropolis offers a breathtaking venue for visitors to Calabar to explore nature, have picnics and the sparkling waters plunging down to form a pool is  ideal for a variety of water sports. Visitors are always welcome for a dip. Kwa Falls is characterized by its well arranged staircase of 234 steps which requires endurance and bravery to conquer. Its sparkling waters cascades down basement rocks situated at the Oban side of the Cross River National Park and the waterfall flows into a canopy of the tropical rainforest and mangrove forest that is rich in Mahogany, Ebony, and Spruce trees in a fascinating landscape.

Try the Monorail Experience : Ever been on a Monorail? If your answer is no then you should visit Tinapa Business resort and try that , though it’s a short ride as it is only within Tinapa . You can also visit the water park in Tinapa as well as the Lakeside Hotel at Tinapa too. You can watch this short video here that shows Diusor’s monorail experience recently.