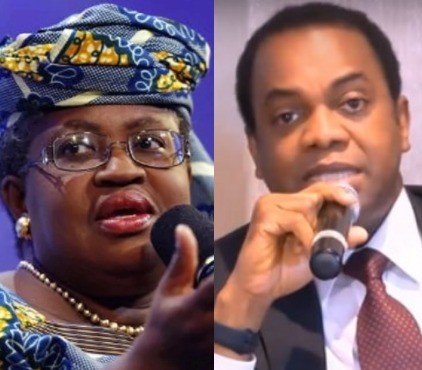 Former governor of Cross River State Donald Duke has addressed an issue discussed by Ngozi Okonjo-Iweala in her new book “Fighting Corruption is Dangerous: The Story Behind the Headlines.”

Okonjo-Iweala, in her book, talked about a conversation she had with Duke where he asked that she not serve under the Goodluck Jonathan administration.

He had asked this to deny the administration credibility, she wrote, and so that it would be “weak and not succeed.”

Duke, replying in a statement released on his Twitter, wrote that they had spoken as friends, and it was demeaning for the former finance minister to publish a private conversation.

He added that nowhere had he mentioned credibility, and it was just 2 friends discussing careers.

Dear Nigerian Youths.. Thank you for your comcerns . Attached is my response regarding Ngozi’s… pic.twitter.com/IbQi75q7t5