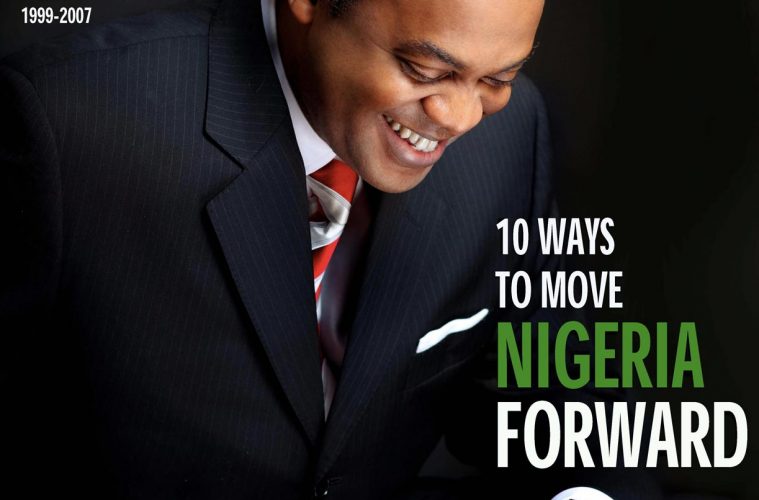 A former Governor of Cross River State, Donald Duke, has indicated his interest to run for president.

According to a report by Vanguard, Mr. Duke made his interest known at the third Mike Omotosho annual lecture titled: “Millennials as Protagonists in Nation Building” on Sunday night in Abuja.

He promised to start up the process at, ”the right time and circumstance.”

Mr. Duke challenged the youth to be active in the electoral process by getting their Permanent Voters Cards, PVCs, and sensitise others ahead of the general election, rather than, ”loafing around, looking for who to heap their problems on.”

He noted that country once had young leadership in its first republic.

“It is high time Nigerians begun to project people with the technical know-how to take the country to the Promised Land.

“I hear young people say to me that why would they spend hours queuing and casting their votes when at the end their votes won’t count. And I tell that if their parents conceived them they never gave up on them considering the high mortality rate, so why would they not take a chance in building this nation?

“We had young leadership at one stage or the other. Even in our first republic, besides the likes of Awolowo, Tafawa Balewa, M. T. Mbu was in his twenties when he became a minister.

“Gowon was 30 when he became the head of state. It comes back to the disaster therein because most of them didn’t have experience in governance, which led us into war. We need the combination of both. What I think we should be doing is to ensure a government that is youth-friendly to provide opportunities because we need to groom the next set of leadership.”

Mr. Duke lamented the recent death of Nigerian migrants on Mediterranean sea, slavery in Libya, job loss and the rate of unemployment in Nigeria.

“I don’t know what a definition of failed state is and I don’t want to categorise Nigeria as a failed state yet, however, a state that was unable to provide for its people has faded up.

“So, if we are not there yet, we are walking with our eyes open towards it. And we need to pull the hand break now before it gets late.”

The ex-governor, speaking on the activities of the current administration, said the challenge is that there is disconnection between President Muhammadu Buhari and his cabinet members. He attributed the failure of governance on the lack of consequences for erring leaders which has given room for incompetence.

“The challenge we have today is the disconnect. That is the challenge of the governance today. Because if you speak with the folks in government, and I am being candid here, I think we should stop to deceive ourselves here and stop all these political correctness. There is disconnect between the president and even the ministers.”