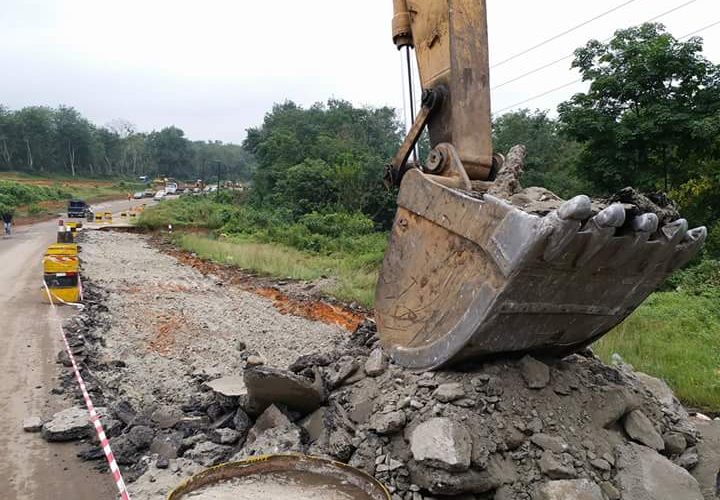 The perenial challenge that motorists face when coming into Calabar, the state capital through the Calabar – Odukpani Junction road has always been of great concern to the Gorvernor of Cross River State, His Excellency, Sen. Prof. Ben Ayade.

Being a responsive and caring leader, the Governor despite the lean resources accruable to the state, has embarked on the dualization of this very important road to alleviate the suffering of the people and give the state capital a long overdue and befitting face lift.

The dualization project which will include a spagheti designed exchange at the popular Odukpani Junction is expected to be completed in about 12 months. The construction project will be of high quality and contractors have made a committment to deliver the project within specified time.

Recall that the Calabar – Odukpani Junction Road is a federal government road and over the years have failed at various sections with interventions by both federal and state governments and sometimes even by private firms. These failures have led to loss of man hours and even lives through accidents. It is worthy of note that the governor is committed to the development of world class infrastructure in the state including roads and has embarked on massive road projects such as the construction of the 270km Bakassi Katsina – Ala Super Highway, constructing the 134 km Mfom-Okpoma-Imaje-Bekwarra-Obudu-Obanliku dual carriage way, the construction of the Boki East-West link road and many others.

The governor is also presently resurfacing many roads in Calabar, the state capital, some of which include IBB way, Marian/Ndidem Usang Iso Road, Mary Slessor etc. When these are completed, the state capital will wear a whole new look and the days of pot holes on our roads will be behind us.

The dualization of the Calabar – Odukpani Junction Road and the world class fly over and interchange at Odukpani Junction thus fit well into this vision of His Excellency, Sen. Prof. Ben. Ayade, the digital governor of Cross River State to develop the state sustainably.

Calabar is indeed is about to wear a new look and Cross River State as a whole is about to be repositioned through Infrastructure Development and Industrialization for the good of the state and the benefit of the people. Cross Riverians must thus give their unalloyed support to this administration to enable it fulfil this vision.