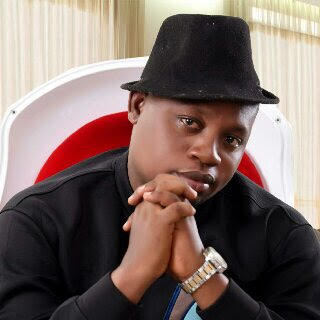 EFFIOM TROMBONE SET TO STEP DOWN AS PMAN CHAIRMAN, ANNOUNCES NEXT PROJECT

The Chairman of PMAN in Cross River State, Mr. Effiom Trombone has expressed his desire to step down as the organisation’s head at the expiration of his tenure in few weeks.

Effiom who’s a lead member of Mista Xto’s South Central Records took to his Facebook page to share his thoughts.

See what he wrote below:

“Hi guys,  in less than a month I’ll quit being the  chairman of PMAN in  Cross River State, a new leader will emerge after the elections coming up soon,  I choosed not to seek for another term because I feel it’s time to let go.

I have done my best in repositioning the entertainment industry in Cross River State with several programmes initiated by me and supported by my members and some stakeholders  : the PMAN entertainers Nite  that made a lot of impact and discovered a lot of artistes in the State,  the PMAN Paradise Music Seminar that educated and re-branded some of our members, Paradise music Awards that recognised and awarded talented and deserving artistes, application of the local content bill to the Cross River State House of Assembly to help recognise local artistes in multinational shows and at some point, fighting in court with the Cross River State Govt for lack of prompt payment of our festival performance fee to mention but a few

I have never organized an Effiom Trombone show in Calabar but I have been organizing monthly  shows that will benefit the players in the industry, not just me. My last album was in 2012 infact I almost forgot I was an artiste, I became an administrator.

I am proud today because I have held my own,  I led with example,  I have invested time,  energy and money to the union I love so much .

Thank you Mista Xto for your inspirational messages everyday,  your prayers and encouragements,  your ideas and contributions made the difference,  I don’t know how to thank you,  you made me a leader that I am today. God will bless you and your family,  thank you Betsy Akan for staying by my side,  thank you Sunny Neji for encouraging, advising and supporting me, thank you Eric Anderson for being there,  infact we started the entertainers Nite together, thanks to Patrick-Shadow Effiom, Shanky Washerbeats, Senge MengeEnt, And all other executive that worked with me,  I can’t forget the PMAN President Mr Pretty Okafor that kept me even when I tendered my resignation last year,  thanks to Effiong Ekpenyong JP(Double E)  Last Prophet,  MC Aya Mbakara, Bassey Archibong and everybody that supported one way or the other,  may God bless and support your hustles in Jesus name

Paradise Music Festival and Awards season3 is my next project,  let’s achieve this together..”