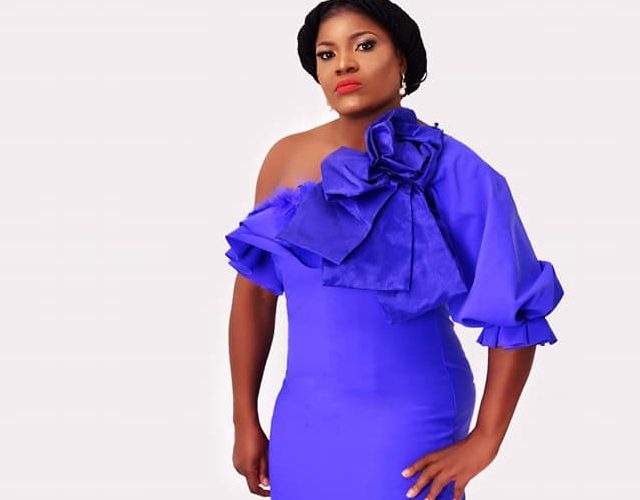 Multi-award winning film-maker and Director General of Callywood Studios, Egor Efiok, is truly multi-talented. She is a scriptwriter, producer and inspirational speaker. Since taking over Callywood, the acronym for Calabar movie industry, Nollywood has witnessed a surge in creative Hollywood films; among them ‘I Am Bassey’ and ‘The Father’ coming from that stable.

Reputed to have valuable links with the United States of America’s (USA) Hollywood Studios, the Liverpool, UK-born Cross River indigene considers herself a perfectionist with prejudice for hardworking single mothers and opens up about her foray into Hollywood and why she returned home to contribute her quota to the Nigerian movie industry, in this interview with Taiwo Alimi.

YOU have been described as a multitalented scriptwriter, producer and inspirational speaker, how would you describe yourself?

You are correct. I am all of the above. Simply put, I am a perfectionist. I try to leave no stone unturned. Rejection makes me stronger and more determined because I am a “Yes, you can” type of person.

I was born in England (Liverpool), so I grew up in both the UK and Nigeria where I attended secondary school (Federal Government Girls’ College, Calabar). I graduated from the University of Greenwich. I have imbibed both cultures as a result. I would describe my formative years as my best and wish I could relive the experience.

Did your parents in any way influence who you are and what you are doing today?

Yes, they did. My dad was a journalist (Daily Times) and he recognised that I was a precocious child from a very early age. I still remember him making me read newspapers almost as tall as myself to our visitors and they’d chime, “she’s good”, while he nodded in satisfaction. He was very proud of me and this boosted my confidence. I inherited my eloquence from him. My mom is a very homely person and I inherited this gift from her. We can cook and clean for Africa. We are very squeamish too and have OCD as a result.

How did you get into Hollywood?

I will give credit to Niyi Towolawi who loved my work and invited me to co-produce “Turning Point”, which he produced and directed. It was a “Hollywood meets Nollywood” movie starring Hollywood (Ernie Hudson, Joe Estevez, Cynda Williams, Todd Bridges and KD Aubert) and Nollywood (Patience Ozokwor, Oge Okoye, Jackie Appiah, Ebbe Bassey, Igoni Archibong and Enyinna Nwigwe) actors. I did the Nollywood casting too. We bonded as we worked on the story together and after “Turning Point”, I knew that I wanted to break into Hollywood. I then began a business relationship with Hollywood Weekly Magazine to help me promote Nigerian stars so that they would also be noticed there in Hollywood. I started by profiling Desmond Elliott, Monalisa Chinda, Jackie Appiah and Joseph Benjamin in their May 2012 edition. It was the first time Nigerian stars were gracing their cover and they looked so good. I assured them that our stars were popular enough to make that edition go viral. God bless our Nigerian and Ghanaian journalists and bloggers who made the story go so viral that Hollywood Weekly Magazine made their highest sales that year from so many downloads of the edition, including hard copies, which they kept on having to reorder, as they frequently sold out. I visited Nigeria not long after and saw the same magazine cover (of the four actors) all over billboards, lampposts and BRT buses in Lagos and was informed that Multichoice had used it to open GOtv. Let’s just say that the edition went viral internationally and I feel fulfilled that it was inspired by myself. Seven years later, I still cannot believe the doors that God consistently opens for me in Hollywood.

How would you describe Nollywood, given your exposure at Hollywood and Europe?

Nollywood is really evolving. I feel nostalgic when I see some of our Nollywood films on Netflix. I am particularly proud of female directors like Kemi Adetiba and Tope Oshin. They have really raised the bar. Another underrated female director is Serah Donald Onyeachor. She is good. I keep advising Nigerian actors and filmmakers who live abroad and attended film school there to take their talent back home like these ladies and other reputable filmmakers (too many to mention) have done, to help make Nollywood even greater. They would be appreciated more back home as well.

You took to the social media to defend Nollywood when Kunle Afolayan spoke down on it, are you always that blunt and why?

Kunle has an attitude and he constantly puts Nollywood down. He keeps saying, “I am not Nollywood”. Many filmmakers reading this have heard him say it numerous times too. I do not understand why such a talented filmmaker like himself has a chip on his shoulder. He doesn’t need to. We all know that he is very good at what he does and we appreciate his work. He should also respect the veterans who blazed the trail for him to become huge today. For me, humility is key always.

You dropped eight years of teaching job in the UK to shoot movies in Africa, was it a difficult decision for you to make?

My end-of-the-road with teaching came naturally. I got married and became a mom, hence had to concentrate on raising my child. It was while raising her that I slowly started writing and the rest, as they say, is history. I left the UK for Nigeria to take up the appointment of Director General of Callywood in Cross River State. Yes, it was a difficult decision to make initially, because I had to leave my daughter behind. I eventually took her back with me to Nigeria. I lost a lot including my house in London as a result, but then, I cannot eat my cake and have it at the same time. It had to be either the UK or Nigeria. I believe in taking “positive risks”. I believe that God put me in Nigeria to help build it. My people need me and I need them.

Is it worth your while in terms of fame, and financially?

I will say that it is worth my while because I love what I do. I always tell people to find their niche and stick with it. If you love your work, you would even find yourself doing a lot of things for free. Just because you love your job. This is me.

You have been credited with many awards, which of them is special to you?

All of them are special to me. I respect all the people in Nigeria, Hollywood and Australia who deemed it fit to bestow upon me, all these awards. It is a great honour to have my hard work acknowledged by these great people and organisations.

Did you ever feel like giving up and getting back to teaching at any point?

Many times. So many times. I was engulfed by depression too. I, however, never believe in giving up, so I forge on regardless. I have several coping mechanisms and my daughter gives me more reasons to keep soaring. Regarding teaching as well, I don’t think any teacher ever really stops teaching. If you are my friend on Facebook, you must have benefited from many of my free #English101 and #Nigerian English series. I have fun with my audience as we learn together. People find it hilarious and educating at the same time. Sharing my knowledge is a fulfilling experience for me. I am also a private tutor, but because of my very busy schedule, I only do it for very special friends when their children have important exams.

You have been linked to a new flick on Etim Esin, when is it happening?

I had a meeting with some Hollywood directors and investors who want to erect a Paramount Studios Theme Park (Film City) in Africa. I convinced them to bring it to Nigeria, as we have a much bigger film industry there. During the meeting, one of the investors, Alan Santana (ex boxer), who was recently inducted into the Boxing Hall of Fame, asked me what sports Nigerians liked the most and I said soccer. He then asked me if Nigeria had any good, real life soccer stories and I told them about Etim Esin. They did a Google search on him and found his story very interesting. Alan said that his story was somewhat similar to that of Mike Tyson’s who is his friend. We then discussed finding a writer to write his story when I return to Nigeria.

Nothing was concluded. We only discussed it. I privately told Etim about our discussion and was surprised to see it all over Facebook. If we are going to shoot it, it will be from the Paramount Studios Theme Park that they are planning to erect. I have only just been given land for the project. Etim is a legend and deserves to have a biopic movie. I am hoping that it will happen by the grace of God, but I believe in taking things one step at a time. As I said earlier, the Hollywood investors and directors are interested in his story, but no conclusions have been made yet. I intend to invite Etim to meet with them when they visit Nigeria and then we can resume discussions.

What turns you on and off?

Great ideas turn me on. They galvanise me into action. Unhygienic people turn me off.

You have inspired many youngsters, who and what inspire you in life?

So many people and so many positive things inspire me. I particularly have a very soft spot for hardworking women, especially single mothers. I love and respect these women. I am also inspired by success. Oprah Winfrey and Mo Abudu inspire me. So do many other people (too many to mention).

Tell us about your love life or lack of it (Laugh)

I just laughed for real. There is nothing to tell for now. Let us just say that I prefer work to love.

What defines your style and philosophy?