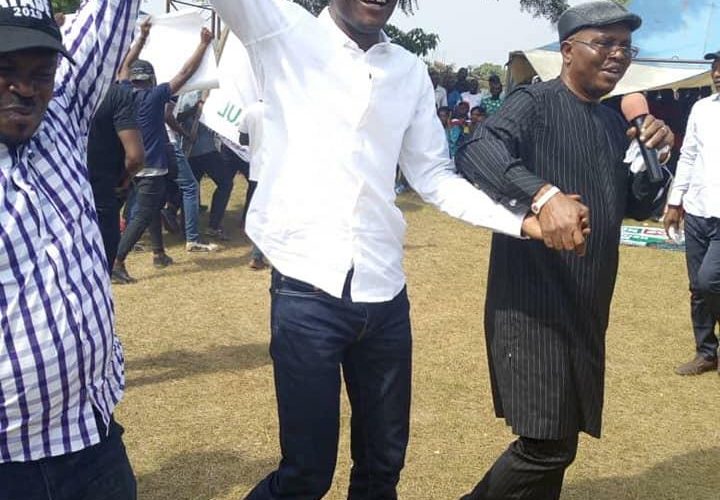 Following the issuance of certificate of return by the Independent National Electorial Commission, INEC, to the factional candidate of the All Progressive Congress (APC), Dr. Alex Egbona for the February 23rd national assembly election for Abi/Yakurr Federal Constituency, the candidate of the People’s Democratic Party (PDP), Rt. Hon. John Gaul Lebo has vowed to reclaim what he described as “stolen mandate” in the court of competent jurisdiction.

According to a statement issued, he said: “On the 23rd February 2019, we contested elections in the Abi and Yakkur Federal Constituency House of Representatives; the title of our campaign being #ItWillEndinPraise#

“We won 16 council wards out of 23 in the Federal constituency.

“Our opponents APC who were not candidates in the elections managed 7 council wards out of 23.

“Yet INEC declared APC winner without candidate after manipulating results in Ekureku ward 1 and ward 2 where they voted 11300 outside the card reader accreditation of 3890 captured by INEC in their own report. They illegally got 7,642 outside of the card reader contrary to the guidelines.

“INEC compromised, and dubiously smuggled a certificate of return to Alex Egbona even when the elections has not been declared to date and when the declaration sheet is blank for APC.

“We have been pushed to the wall by INEC decision.  But we have God and Justice left for fight for us.

Hon. Lebo futher said, “On the 15th of March being my birthday, we filed our elections petition to restore our mandate at the tribunal.

He enjoined all his supporters to join in a daily midnight prayer for the success at the tribunal from tomorrow to the end of the tribunal.

“Only God can deliver this victory.

“We will anchor our scripture on Ezekiel 37.1-16 the miracle of the dry bone.

“The bone of our mandate shall rise and take it’s place in the House of Representatives for Abi and Yakkur federal constituency.

“The devil is a joke”, the statement read.