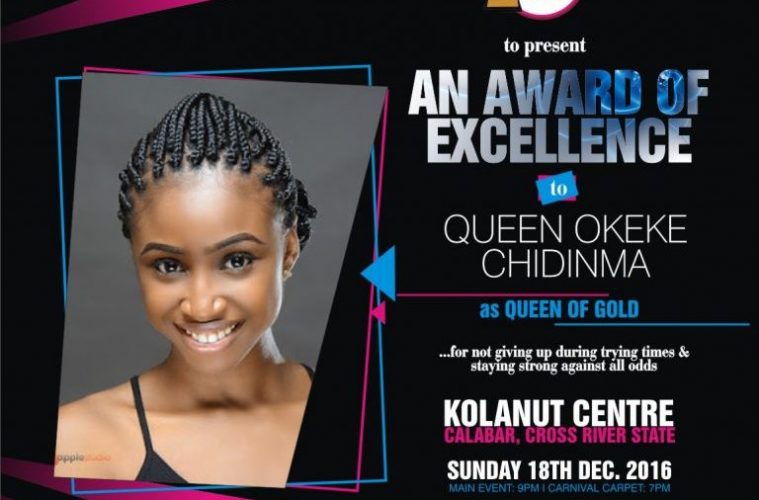 Despite her back to back lesbian video scandal going viral for almost 1 week, Ex-Miss Anambra, Chidinma Okeke, has reportedly been recognised for an Award of Excellence as Queen of Gold at the Divas Award for her outstanding strength; for not giving up during trying times & staying strong against all odds.

It will be recalled that Chidinma’s ‘cucumber’ sex tape went viral on the internet shortly after she resigned from her title as Miss Anambra.

She has been heavily criticized and backlashed for her involvement in the video. The beauty queen, who had initially claimed to have been photoshopped into the video, was said to have had a breakdown as a result of the situation and has reportedly left the country until the heat blows over.