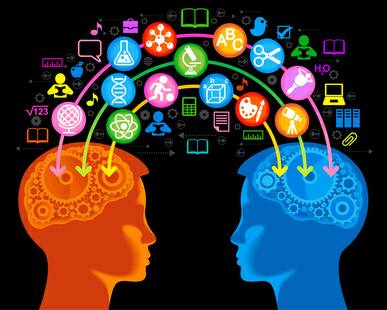 At a time like this that Nigerians are pushing for restructuring as a way forward, sustainable economic growth of any state will be based on planned development of sectors which the state has comparative and competitive advantage.

Cross River State is a state with great potentials and comparative advantage in many sectors including Agriculture, Tourism, Mineral resources and many more.

However, at a strategic time such as this is, two critical sectors hold the key to revolutionary economic growth of the state. These are the Creative and Knowledge economy sectors.

The term Creative economy first appeared in John Howkins’ 2001 book The Creative Economy: How People Make Money From Ideas, where he defined the Creative Economy as “the transaction of creative products that have economic good or service that result from creativity and has economic value. ”

Creative Economy is defined by UK Department of Culture, Media and Sport as “those industries which have their origin in individual creativity, skill and talent and which have a potential for wealth and job creation through the generation and exploitation of intellectual property”.

Charles Landry in his 2000 seminal work The Creative City argues that the most critical resources a city has is its people: Human cleverness, desires, motivations, imagination and creativity are replacing location, natural resources and market access as urban resources. The creativity of those who live and run cities will determine future success. ”

At the heart of the creative economy are the creative industries. Creative Industries include a number of subsectors, such as architecture, artistic crafts, fashion and design, film, music, performing and virtual arts, publishing, radio, television and video-games.

On the other hand, Knowledge economy is defined as an economy in which growth is dependent on the quantity, quality and accessibility of the information available and knowledge, rather than the means of production. The key component of a Knowledge economy is a greater reliance on intellectual capabilities than on physical inputs or natural resources.

According to the World Bank, knowledge economies are defined by four pillars . These are: institutional structures that provide incentives for entrepreneurship and the use of knowledge, skilled labour availability and good education systems , ICT infrastructure and access, and, finally, a vibrant innovation landscape that includes academia, the private sector and civil society.

Governments looking to push their states towards a knowledge economy must put technology development at the heart of their strategies. In this sense, the prize for every state is to have its own Silicon Valley of internet-based start-ups and innovative small businesses.

Cross River State in Nigeria is already setting the pace by setting up the Tinapa Knowledge City. This will be repositioned to meet key objectives of the sectoral development agenda along with many other innovative strategies.

For Creative economy, efforts will also be made to expand and strengthen the Calabar Creative City project initiated by the British Council UKNG initiative 2015/2016. Additional activities for building the sector will also be embarked upon.

In the next few decades, it is expected that the state will move from a resource-based economy to one based on creativity and knowledge. We should be able to look beyond extractive industries to the state’s human capital for wealth and job creation.

Compared to some other people, Cross Riverians are more afraid to take risks/move out of comfort zone. It is thus important for Cross River State to enact specific reforms in order to better prepare our people for work in a creative and knowledge economy.

Going forward, the state will work towards the development of creative and knowledge-based firms and unveil policies that will develop the sectors. This will boost Cross River State’s overall productivity, encourage innovation and creativity in the short, medium and long term.

On the part of the legislature in Cross River State, bills will be passed to create institutions and structures that will regulates and ensure sustainable growth of the sectors. This is because the leadership of the legislature is in tune with the times.

As the world moves steadily away from resource based to creative and knowledge based economy, Cross River State cannot afford to be left behind. This is even more critical at a time like this that the the state is unveiling a 30 year development plan.

We will not only ensure that creative and knowledge economy takes its proper place in the future of the state but also that it is properly mainstreamed into all policies and activities of the state.

Our wish is that all stakeholders give this the needed support and make the commitment required for the success of the idea for the benefit of the state. The future is now and we are the platform. Emmanuel Etim is a development consultant based in Nigeria.