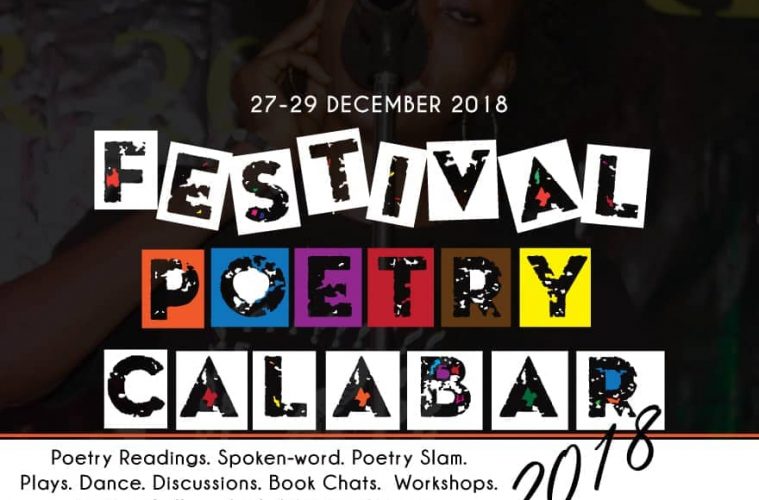 FIND OUT WHY YOU NEED TO BE IN CALABAR

In comparism with places like Lagos, Portharcout, Warri, Abuja and other places in Nigeria, the Canaan city of Calabar would pass as a sleepy historical town where Mary Slessor  left a landmark act of humaneness. With the coming of Carnival Calabar and subsequently, Festival Poetry Calabar, the town is fast becoming Nigeria’s leading literary and tourism destination. The interesting mix of literary and cultural expositions, usually climax in the annual Carnival Calabar. The opportunity of attending the next edition of Festival Poetry Calabar will as usual, offer one the opportunity of killing two birds with a stone – the festival and Carnival Calabar which was the spirit behind the founding of Festival Poetry Calabar. Both events are selling huge points for the city of Calabar. As festivals, they leave participants with the unforgettable pleasure of meeting and networking with people from all over the country and beyond.

If you are decided on attending any of the mentioned festivals, you are attending both. Therefore, the recommended best thing to do is to start askibg relevant questions on hotel or private accommodation arrangements, cost of transportation (to and fro Calabar) which is usually higher during the December/yuletide, number of days one is likely going to stay in Calabar which is usually inexpensive, areas of interest to visit, etc. Your answers would be attended to by members of the LOC led by the Chairman, Mr. Bassey Asuquo. Members of the committee include:, Veralyn Chinenye Moje Ikpeme Chris Fridae Utibe-Eno Ekpuk

The 2018 edition of Festival Poetry Calabar promises to showcase lots of new things.