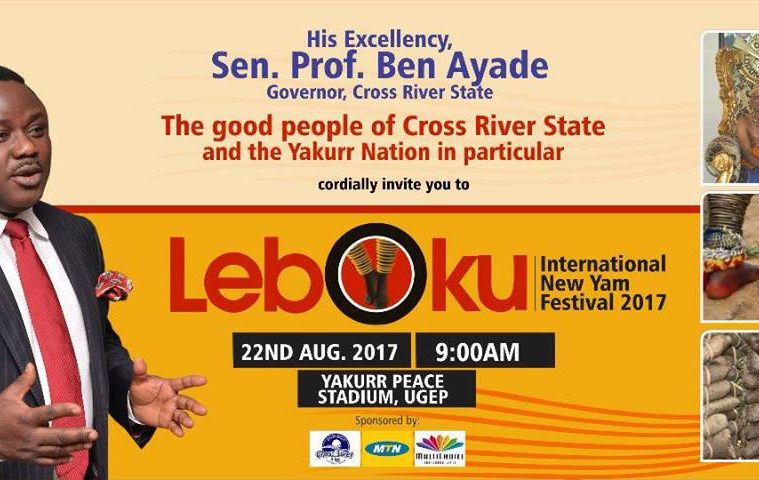 Hon. Kenn Aklah, Special Adviser to the Governor on Events Management disclosed this while speaking to journalists in Ugep recently.

According to Kenn “Her visit is the beginning of a cultural exchange between the people of Cross River and Finland. We will also witness an influx of more tourists during the festival”.

The Special Adviser also explained that the reason for government’s investment in celebrating the Leboku festival was to encourage people to venture into Agricultural production.

He said “the government decided to take on this festival to encourage young people to go into agriculture. There are facilities at the State and Federal level, which people can access. The event is not just a jamboree, but designed to encourage farming”.

According to him, “the government decided to challenge the people of Yakurr to the contest of the Best Farmers. At the end of the day, the overall best farmer gets a truck and the others receive cash rewards”.

“When other farmers and people see that those in agriculture win big prizes, people would be challenged to engage in commercial farming. We hope by so doing, our youths will embrace agriculture”, said Aklah.