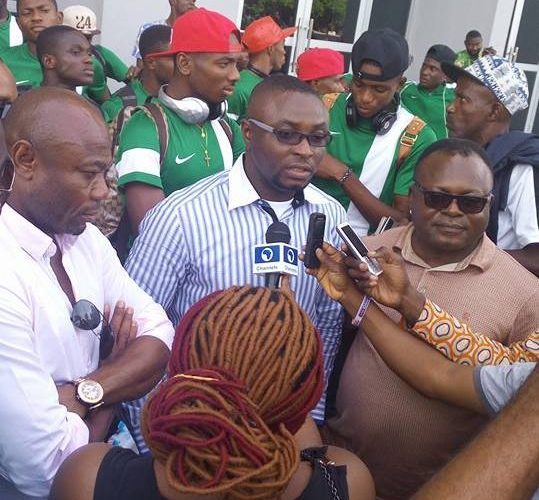 The Nigerian Under-20 team Flying Eagles, have arrived Calabar ahead of their 2017 Under 20 AFCON Qualifiers against their Burundi Counterpart on Saturday, June 11.

The Cross River State Commissioner for Youths and Sports, Asu Okang, received the team comprising of 25 players and 10 officials at the Margaret Ekpo International Airport, Calabar.

Mr Okang told reporters that the state was ready to host the qualifier match.

He said that the UJ Esuene Sports Stadium was alive and ready for the game while urging Nigerians to make the weekend a date with the flying eagles. The Nigeria Football Federation expressed optimism that the young Nigerians would win the game that would hold on Saturday.

The Federation also said it was confident that the Coach, which they described as hardworking, would secure a win.

The flying Eagles who are currently lodged at the Tinapa Lakeside Hotel will be training at Unical Abraham Ordia stadium daily.

Also, as build up to the big day, the U-20 team will be playing a friendly match against Calabar Rover FC on Wednesday, 8th June at the U.J Esuene Stadium. The Coach, Emmanuel Amunike said the team has been working very hard and thanked the Cross River State Government for its hospitality.

It will be recalled that this same team went ahead to win the U-17 Championship after training and playing in Calabar.

Cross riverians strongly believe in this team and we believe they will be victorious again.