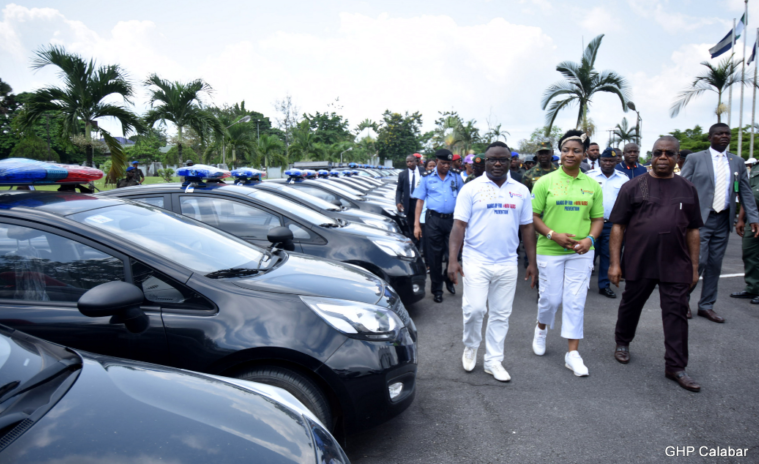 Information reaching us suggests thaq Mr. Mactommy Agan who had served as Special Adviser to Governor Ben Ayade on Infrastructure is currently cooling his feet in the police station after selling the Ford Ranger vehicle that was attached to him.

However, Mr. Agan may be released within 24 hours following assurances from the buyer of the vehicle that he will return it on Tuesday (tomorrow).

Mr. Ayade had through his Chief of Staff, Mr. Martin Orim directed all ex aides to return their official vehicles in 78 hours after which a task force headed by Mr. Oko Inaku was constituted to retrieve the vehicles from those who had not return theirs.

It was gathered that when Mr. Agan was contacted, he claimed that the vehicle was burnt at his hometown, Osokom in Boki local government area during recent gang violence in the area. He was invited to accompany members of the task force to the scene of the burning of the vehicle since he did not incident it in any police station when it happened.

Mr. Inaku, said the task force arrested him and he was kept in protective custody on Saturday to prevent him from making any contacts.

Mr. Inaku told reporters that when Mr. Agan was asked to lead the way to the burnt vehicle the next day, he confessed that he had sold the vehicle.

The buyer was contacted in Abuja and following his invitation by the Police, said he knew it was a vehicle purchased by the Government but agreed to buy after Mr. Agan who is said to be a loyalist and henchman of the former Secretary to the State Government, Barrister Tina Agbor convinced him that he was asked to keep the vehicle after presenting his Identity Card as an aide and the vehicle papers duly allocating the vehicle to him.

The buyer agreed to return the vehicle.

Mr. Inaku said vehicles under four years of use are not given to the aides they were officially assigned to and pleaded Cross Riverians to understand that he was only carrying out responsibilities assigned to him by the State Government.

Also, he said Mr. Agam will be released and will be left to deal with the refunds to the buyer of the vehicle.