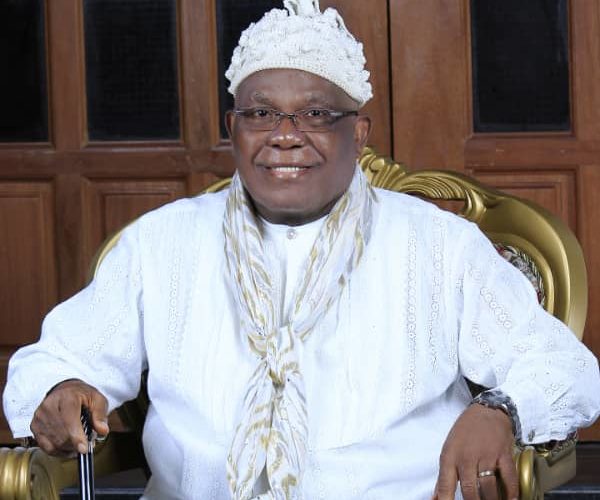 GARLANDS FOR AN ICON: CELEBRATING CHIEF ASUQUO EKPENYONG SNR AT 72

Elder Chief (Dr) Asuquo Ekpeyong has every reason to celebrate.At 72, not only has he over shot the Biblical life span but has also become a huge reference for success.

The highly revered industrialist is equally a study in grit- determination to make a difference. He dared to engrave his name boldly on humanity, bringing to fruition, the iconic late American President, Abraham Lincoln’s immortal lines: “In the end, it is not the years in your life that counts, it is the life in your years”

There is no  missing piece of puzzle in the narrations and commentaries around Chief Ekpeyong. His personage is an open book. Growing up, the young Ekpeyong was clear as to what he wanted out of life. His future was therefore sparkling bright.

Having solidified his future with the necessary academic laurels from prestigious institutions-  the University of Ibadan (B.Sc in Economics and an M.Sc in Banking and Finance), School of Accountancy, Glasgow, Scotland and the International Banking School, New York, USA- Ekpenyong set out to dazzle the financial industry with his brilliancy and dexterity.

A renowned Economist and Banker with outstanding professional records, he cut his teeth in the banking sector working with reputable Organizations like the Central Bank of Nigeria, Chase Manhattan Bank, New York and Midland Bank, (HSBC), London, Mercantile Bank Nigeria limited among others.

Ekpenyong’s outstanding attributes played  a role in his success in life. These include abiding faith in God, in himself and the people around him. He also possesses a can do spirit that allows him an uncanny ability to seize and tap into opportunities, abilities and talents when he sees them.

This explains why in the afternoon of his banking career, he opted to be a fisherman himself rather than wait to be handed fish.

Essentially, soon after his exit from Mercantile Bank, Ekpenyong was appointed Deputy Managing Director of a major national bank with a clear indication of when he would assume the substantive position.

But he did what was considered the unthinkable at that time, He turned the offer down and rather elected to do his own thing.

That singular decision has today given rise to the Davandy Group, a conglomerate spanning banking, insurance, hospitality, education, Real Estate among others.

Today Ekpenyong is the only Cross Riverian who can boast of a home based, home grown conglomerate. He is also the largest individual employer of labour in the state.

Born on the 4th of May 1948, Ekpenyong  is an indigene of Asang Eniong in Odukpani Local Government Area of Cross River State.

Ekpenyong is not bottled up in narrow prisms, therefore, John Ruskin’s timeless thought, “when a man is wrapped up in himself, he makes a pretty small package” is not applicable to him for he proudly takes his place among his people and humanity, feeling and sharing in their pains and joy as a philanthropist and job creator.

Elder Ekpenyong has contributed immensely  to humanity through several Foundations and Scholarship Schemes mostly within Cross River State and his Community in particular.

He has committed his life and resources to alleviating the plight of the less privileged in our society by providing employment, scholarships, entrepreneurial training and empowerment to our people through Asuquo Ekpenyong Foundation (AEF), which he happens to be the Founder and Chairman.

Dr. Asuquo Ekpenyong, OON, has demonstrated effective participation in the Socio-economic and Political affairs of Cross River State in particular and Nigeria in general. He is the Leader of 7-ALIVE, an umbrella group for the Southern Senatorial District of Cross River State; which strives to enhance the political and social standing of the 7 LGAs that constitute the Southern Senatorial District.

In the wake of the dreaded global pandemic, COVID-19, the elder statesman again demonstrated passion and empathy for humanity with the donation of a whopping #25million to the Cross River state help fight the virus, thus becoming the highest individual donor to that effect in the state.

At the community level, he is the Chairman of Obong of Calabar Executive Forum (OCEF) and the Chairman of North Western Calabar (Eburutu) Traditional Rulers Council. His vibrant and focused leadership has brought numerous achievements to Odukpani LGA, Eburutu and indeed, Efik Kingdom as a whole.

An Elder of the Presbyterian Church of Nigeria, a beneficiary of Cross River State and Federal Government Honours, Chief Asuquo is a consummate family man- a loving husband to his adorable wife and dotting father to his very responsible and reputable children who are all high fliers in their own right having acquired sound and solid education courtesy their father.

He is a successful family man who encouraged his wife to rise to the top while raising her family. She earned a Ph.D and became Registrar of Cross River State University of Technology.

One of his children, Asuquo Ekpenyong Jnr is the current Cross River state Commissioner for Finance, a position he was first appointed into in 2015, becoming Nigeria’s youngest Commissioner at that time.

The Davandy Group boss is one of the six Trustees of the National Association of Microfinance Banking and Finance and past President of the Calabar Chamber of Commerce and Industry. Chief Ekpenyong was the Pioneer Managing Director/Chief Executive Officer; Cross River State owned Equity and Investment Company Ltd.

A resounding 72 cheers for an outstanding icon, an elder statesman, a humanist and philanthropist. Happy birthday, sir.