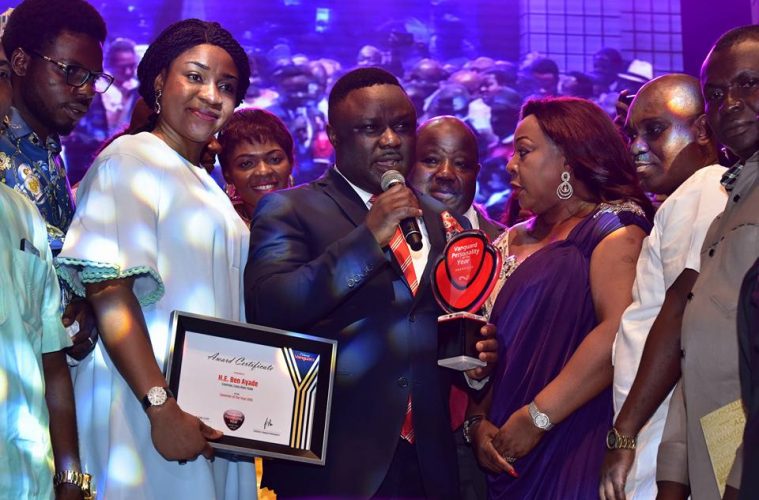 According to the Chairman, “Your leadership style has shown that with the right kind of leadership, Nigeria can indeed be a great country we all dream of.”

Speaking on the selection process that saw the emergence of Governor Ayade, Alasa hinted that “when the committee decided that we threw the selection process open to Nigerians to decide who their Governor of the Year was, your name was a recurrent decimal because of your outstanding performance in Cross River State.”

The chairman further disclosed that “we want to celebrate heroes of service in Nigeria. You are less than two years in office and you have already shown the way as well as become a role model in the country.”

According to him, “You are an epitome of excellence in governance and since the award was to honour excellent award, that is why you were nominated as the maiden Tell Governor of the Year 2016.”

He described it as a great challenge to deliver more democratic dividends to the citizenry.

The governor pointed out that he came with a clear vision to liberate the state, as according to him, “it is the celebration of the fact that someone somewhere through the periscope of a very sharp eyes can see the effort we have been putting, in spite of the fact that I feel a deep sense of failure.”