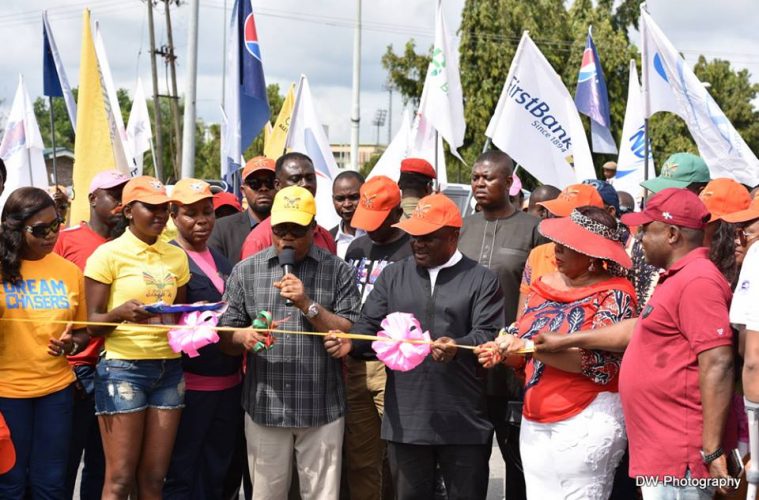 Gov. Ben Ayade has inaugurated the 2016 dry run to signify the commencement of the 2016 annual Carnival Calabar. Speaking after the inauguration on Sunday in Calabar, Ayade said that the celebration marked the 12th anniversary of the carnival.

The governor, who disclosed that the theme of the 2016 carnival is `Climate Change,’ described the carnival as `the largest street party in Africa.’ He said that the carnival had promoted talent and creativity, adding that it had united the people of Cross River and Nigeria in general. “Today, we are flagging off the 12th annual Carnival Calabar, the largest street party ever; the greatest show in Africa. “We promised to make this year’s carnival the best and fun loving ever,’’ he said. Ayade lauded the efforts of the people of Cross River and the participants for coming out en mass for the dry run. He used the occasion to invite tourists from all over the world to visit Calabar during this season to experience an exciting carnival.

The five participating carnival bands which include Seagull, Master Blaster, Passion 4, Freedom and Bayside were beautifully dressed in different attires as each band flagged off from different muster points, a new dimension to the carnival parade, security was mounted in all the carnival routes.