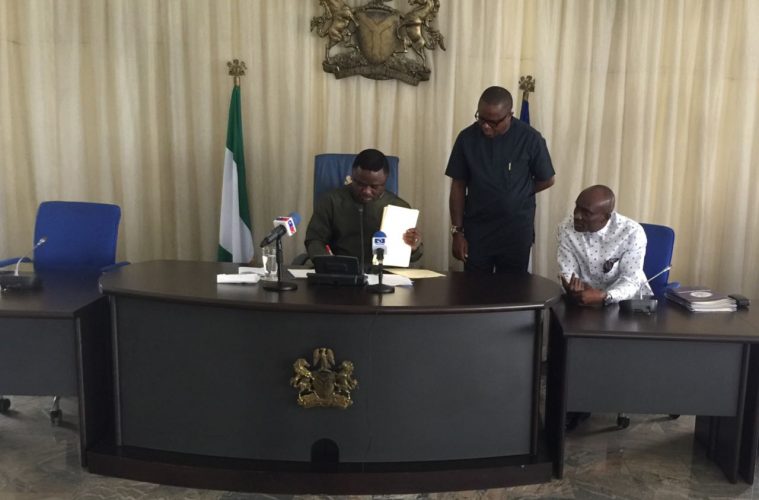 Cross River Governor, Ben Ayade Friday in Calabar became the first Governor to sign into law, 9 bills including the Cross River State Primary Health Care Development Bill which brings to 23, the total number of bills signed so far in the life of the current administration.

Signing the bills into law, Governor Ayade lauded the efforts of the assembly and charged them to do more as “The reward for hard work is more work”.