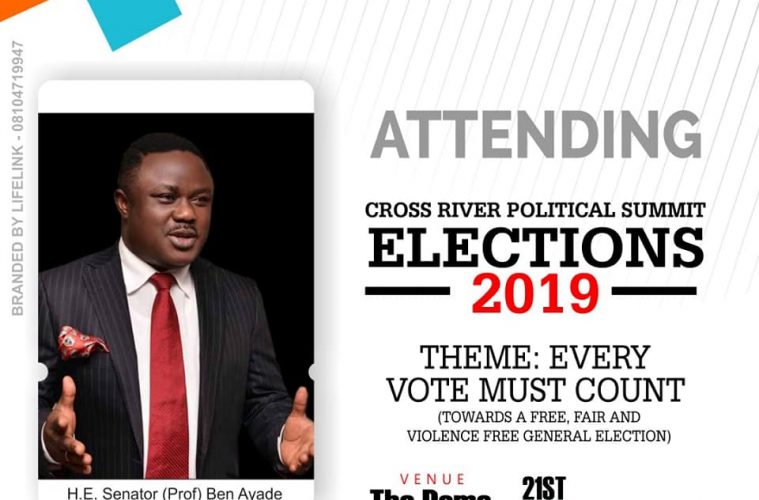 The event which is the first of its kind in the state is aimed at bringing together all the politicians and political parties, Civil Society Organisations, the Media, Security Agencies, Women Groups, Union and Trade leaders, Market Women, Traditional Institutions, Interest Groups, Opinion leaders, the electorates, Student union and everybody residing in the state.

To this end, nationally and internationally recognised Scholars such Professor Akin Oyebode, expert in the Political and International Law of Treaties, Human Rights lawyer and Former Chairman National Human Rights Commission Prof. Chidi Odinkalu, Associate Professor of Political Economy from the Lagos Business School Dr. Austin Nwanze and Professor Ogbuagu Rex of the faculty of Social Sciences, University of Calabar will all deliver the keynote papers at the summit. 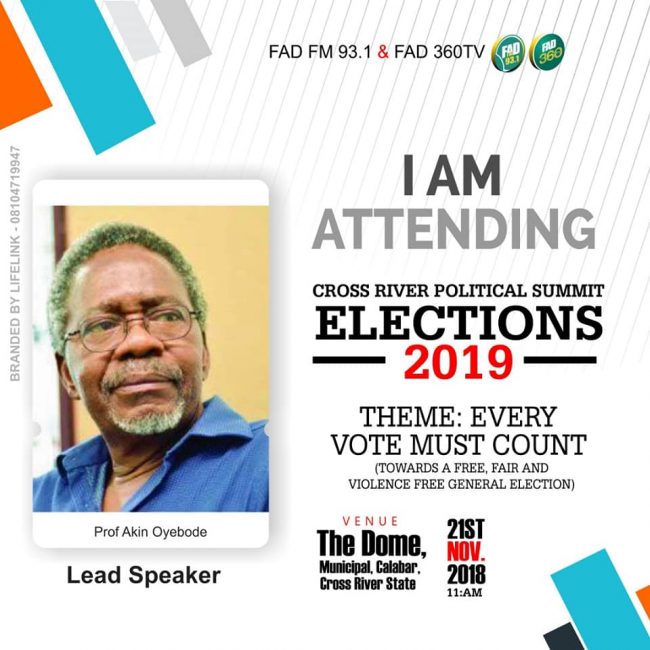 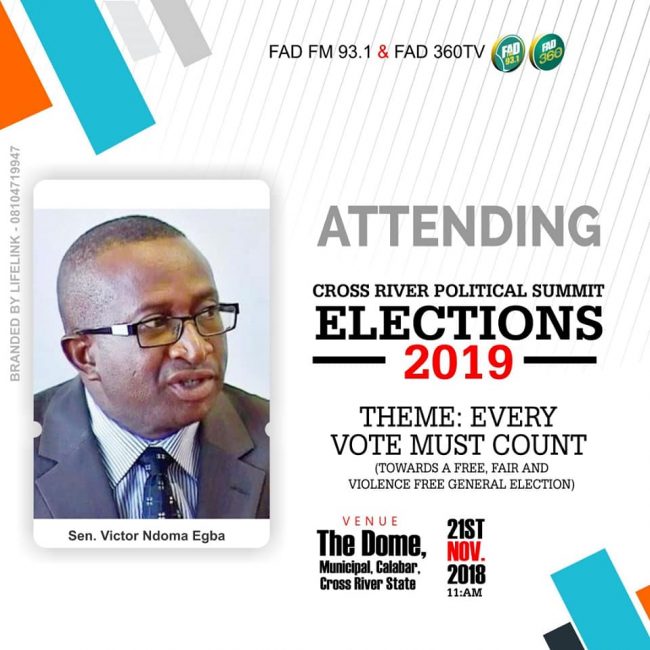 Also expected at the event as the special Guest of Honour is the executive governor of the state, Senator Prof Ben Ayade who is expected to declare the Summit open with the support of the Deputy Governor, Professor Ivara Esu, and members of the State executive council, aides of the governor, members of the State Assembly and other top dignitaries.

According to the Founder and Chief executive officer of FAD MEDIA GROUP owners of FAD FM 93.1 and FAD 360TV MR. FIDELIS DUKER; The essence of the political summit is to enlightened as well as educates the electorates, political candidates, security agencies, media, civil society and other major stakeholders on ways of achieving a credible, peaceful and transparent electoral before, during and after the electoral process in 2019.

FAD 93.1FM Calabar is a Federal Government licensed commercial broadcast station transmitting from Calabar to every part of Cross River State and signals getting to neighbouring states like Akwa Ibom, Rivers, Ebonyi, Enugu and some part Benue state with an estimated over 7 million listeners.

Since inception over a year ago, FAD FM 93.1 has remained the number one Talk, News and music radio station in the city of Calabar, Cross River state. We are a full-service station with exciting shows and fantastic presenters. We have a team of seasoned professionals who have captured the radio talk and news experience space in Nigeria and the world through its online applications for Radio and TV.

The Theme of The Cross River Political Summit is ELECTION 2019: EVERY VOTE MUST COUNT (Towards a Free, Fair and Violence Free General Elections) scheduled for 11am Wednesday 21st November, 2018 at the DOME EVENT CENTER, MUNICIPAL, and CALABAR.

Speaking further, Mr. Duker emphasised the important role the media plays in shaping the narrative our electoral process and this has necessitated the need to bring together under one roof the major players and stakeholders discuss their Rights, the dos and don’ts as to how the state could have a credible and violence free election come 2019.