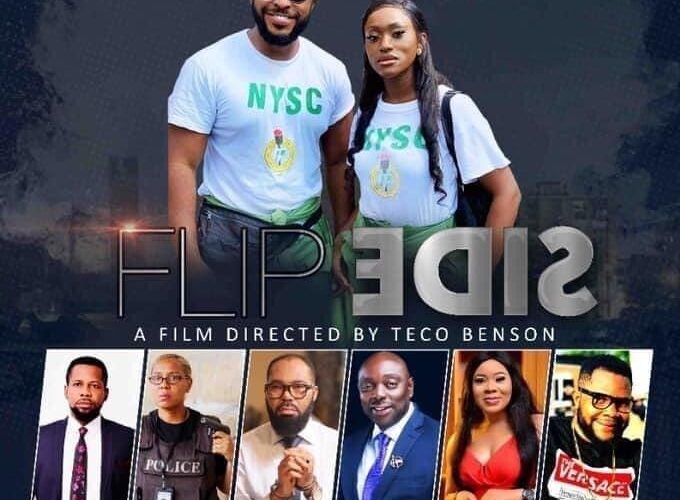 The Pearl Ball Room of Transcorp Hotel Calabar will on Independence Day Eve wear shades of glitz and glamour, as Governor of Cross River State, Sir Ben Ayade and his wife, Dr Linda Ayade are expected to grace the state premiere of the movie, FLIP SIDE.

The State Ministry of Culture & Tourism Development, in conjunction with other partners will on Wednesday, September 30, 2020 roll out the drums to play host to guests for the launch of the movie by 4pm.

The film is directed by the veteran Teco Benson, starring Enyinna Nwigwe, Linda Osifo, Segun Arinze,Ifedi,Ify Eze,Moses Armstrong, Shan George & Effiong Ekpenyong, in a calculated effort to campaign against the scourge of rape.

Flip Side is a true life story that tickled the fancy of the Executive Producer, the Managing Director of Keves Global limited, Chief Ikenna Okafor (Ide Akwaeze) who threw his weight behind the movie, to fulfill his resolve to invest in the hospitality and film industry in Cross River State, hence his partnership with the Producer, actor and Commissioner for Culture & Tourism, Mr Eric Anderson, CEO of Anderson Pictures.

The Cross River premiere is a black bow tie event and is strictly by invitation, it  promises to be star studded, as it would be graced by the casts and dignitaries from the public and private sector. The Chairman of the occasion is Chief Barr. Chris Agara, while Dame Senator Florence Ita Giwa is the Chief Launcher.