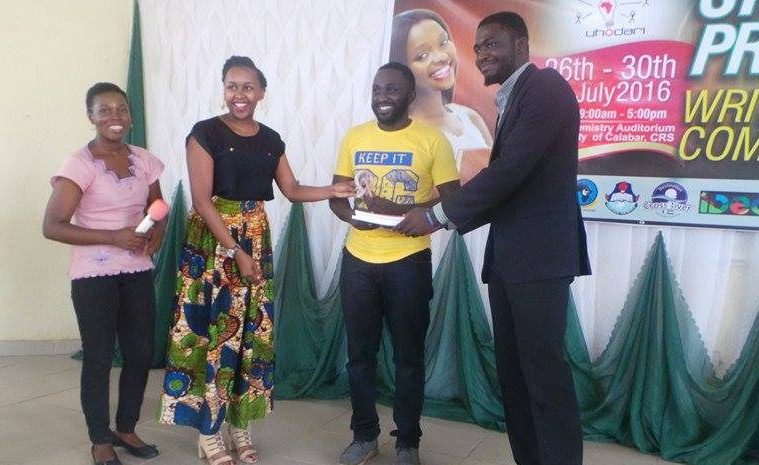 GOV. AYADE WINS AWARD OF EXCELLENCE FOR ROLE IN YOUTH AND STUDENT DEVELOPMENT IN NIGERIA

Governor Ayade Benedict has won an award of excellence from an international Pan African Organization #FahamuAfrica – for his role in youth and student development in Nigeria.

#FahamuAfrica, a Kenyan based Civil Society Organization (Nairobi) with office in Oxford, England and Addis Ababa, Ethiopia also awarded the Governor with a Kenyan artifact and three books on African studies for his role in ensuring youth participation in governance and his efforts at revamping the educational sector of the state and as a pace setter in this perspective in the federation.

The program officer of #FahamuAfrica, Mrs. Sienna Barley presented the award to the representative of the Governor, Prince Michael Nku Abou, JP, Special Assistant on Student Affairs and Youth Mobilization. The governor’s aide who played the governmental facilitation role for the successful hosting of the event also emphasized with proofs why Senator Ayade deserves the award. He appreciated their magnanimity while stating the state government willingness to partner individuals and groups to advance the fortune of the state.

In her speech, Mrs. Sienna Barley disclosed that the Uhudar Initiative competition, hosted in six African countries is focused on harnessing ideas from students of tertiary institution across Africa to solve problems in thematic areas like agriculture, education, security, youth development etc.

This year’s event was successfully hosted by the University of Calabar, Calabar out of the 36 states in the federation. Prizes worth over 2,000 USD were awarded to the five best entries in each of the six African countries.

The 2016 competition was hosted in partnership with a Nigerian based NGO called Voice of Reason.